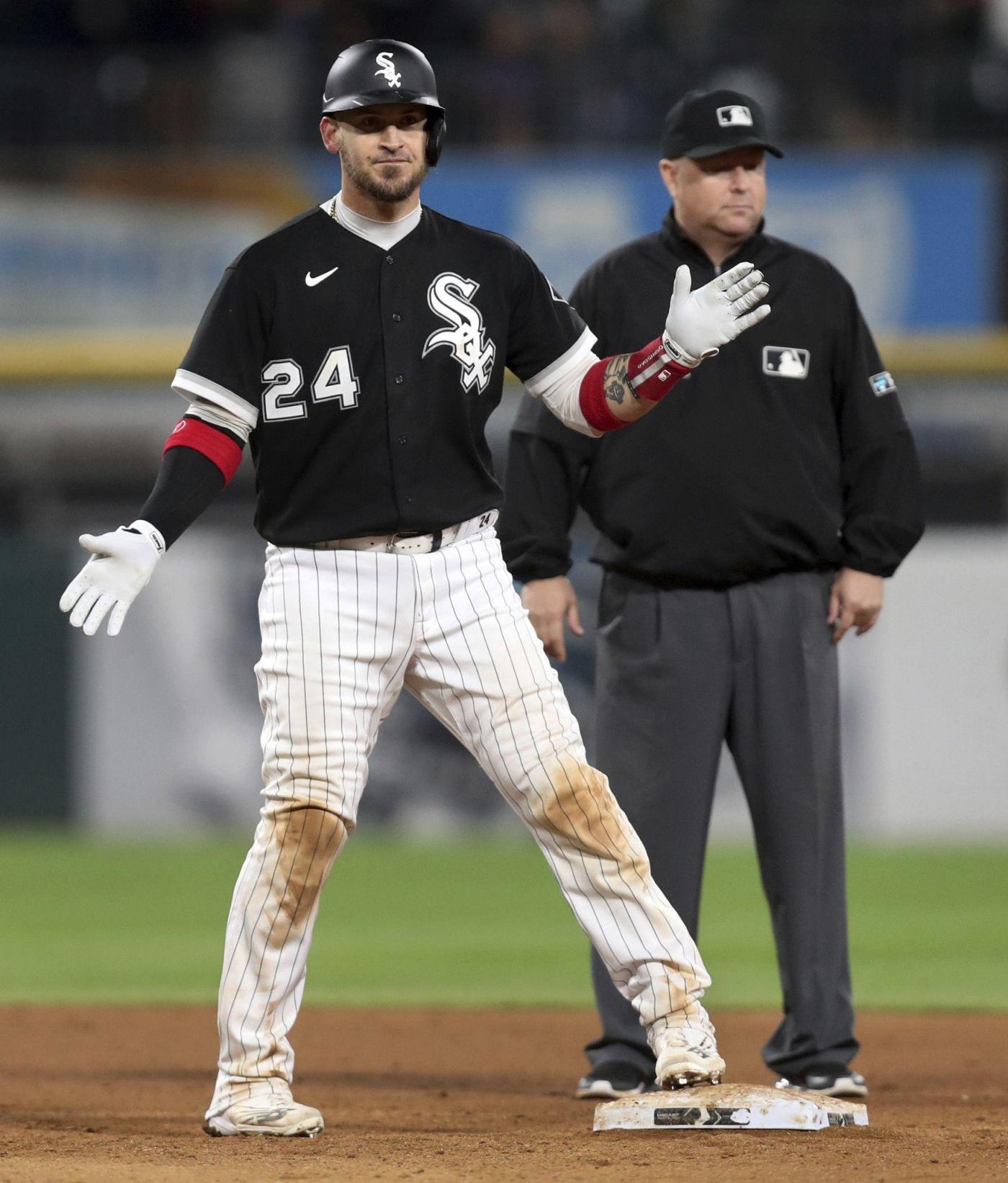 Yasmani Grandal pumped his first as he made his way to the dugout after being lifted for a pinch runner in the eighth inning Friday against the Texas Rangers at Guaranteed Rate Field.

Moments earlier, the Chicago White Sox catcher hit a slicer to right field that landed out of Steele Walker’s reach for a two-run double.

“It’s just pretty much looking for a mistake or looking for something up, like everybody else they are looking for soft contact or something on the ground,” Grandal said of the approach against Rangers reliever John King. “He made the mistake, and I was able to capitalize on it.”

The two-out hit put the Sox ahead and fueled a five-run inning for the Sox, who beat the Rangers 8-3 in front of 24,270.

Josh Harrison had an RBI single and Danny Mendick hit a two-run homer in the decisive inning.

“I thought we took better at-bats with runners in scoring position,” Grandal said. “We got more guys on base, and that’s what you want. You want to get guys on base in order to give us opportunities to be able to come up with a big hit or Luis (Robert) stealing both bags and being able to score (in the sixth), a lot of things we can do aside from just hitting.”

Grandal had two hits and three RBIs. AJ Pollock and Jake Burger both had two hits. Pollock knock in one and Burger scored twice.

With the game tied at 3, Burger started the two-out rally in the eighth by reaching on an infield hit. Yoán Moncada followed with a single and Grandal delivered with two-run double.

“Can’t exaggerate how big it is to get them going,” Sox manager Tony La Russa said of Moncada (who is hitting .141) and Grandal (.175). “That’s where it starts. Have some success, and they’re pros and they’ll build on it.”

General manager Rick Hahn said he recently had conversations with Grandal about how he’s feeling.

“His was about strength, him feeling like he is as strong in his legs as he is when he’s ‘100%,’ ” Hahn said Thursday. “The communication’s been real good with our training staff. And in terms of Yaz’s personal preference, he feels the more he plays, the stronger his legs get, actually, perhaps a little counterintuitive. But he’s been doing this a long time and knows what it takes to build himself up.”

Said Grandal on Friday, “It’s been hard not being able to stick to the same routine over and over. As much as I try to do it, it’s whether I’m playing or not or catching or not, so a lot of things get mixed up in between, just timing-wise. I’m trying to work around it, but as I start playing more and more, the routine will start cleaning up a little bit. Once that happens and I stay with it, then it’s going to be a go.”

He said it traces back to offseason surgery on his right knee.

“We knew that spring training for me was going to be very important time, especially getting back on the field and getting as much catching in as I could and then all of a sudden, as soon as we ramped up, the knee started acting up, and now we had to take it slow,” Grandal said.

“Once that happened, now all of a sudden you start making little adjustments to still play and still get that playing time but not the adjustments you are trying to truly take. It’s almost a fake feel. It happened last year so I know exactly what it is, and like I said, it’s just a matter of keep on getting stronger.”

Asked if he saw Friday as a step in the right direction, Grandal said “Not really.”

“But I still have the ability to be able to do something up here, even when I’m not fully there,” he said. “I know when the situation comes that I like having two-out, late-in-the-game situations. I think I’ve proven that in the past few years.”

Grandal was impressed with pitcher Davis Martin, who allowed two runs on three hits with six strikeouts and one walk in five innings in his third major-league appearance.

Martin followed Reynaldo López, who allowed one hit in two scoreless innings as the opener.

“It was fun,” Martin said. “I felt like a high-leverage reliever. What López did in the first two innings, all right, got to match it. I think it’s a testament to Lópey setting the tone for the staff those first two innings.”

Both runs Martin allowed were solo homers. Nathaniel Lowe homered off the right-field foul pole in the fifth to tie the game at 1. Adolis García’s two-out homer in the sixth gave the Rangers a 2-1 lead.

Robert used his legs to help the Sox tied the game in the bottom of the sixth. Robert reached on a fielder’s choice, stole second and third and scored on a throwing error by Rangers catcher Sam Huff.

The Sox went ahead when Pollock drove in Harrison with a two-out double in the seventh. The Rangers tied the game in the eighth on a Corey Seager solo homer.

The Sox responded with the five-run rally in the bottom of the inning and bounced back after Thursday’s tough 11-9 loss to the Los Angeles Dodgers.

“Two outs and nobody on, that’s an amazing rally,” La Russa said of the eighth. “That’s the difference between this and pro football. Don’t have to wait a week to get rid of that one last night.” 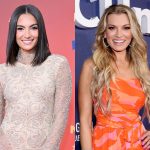 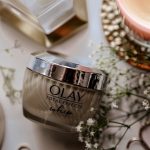