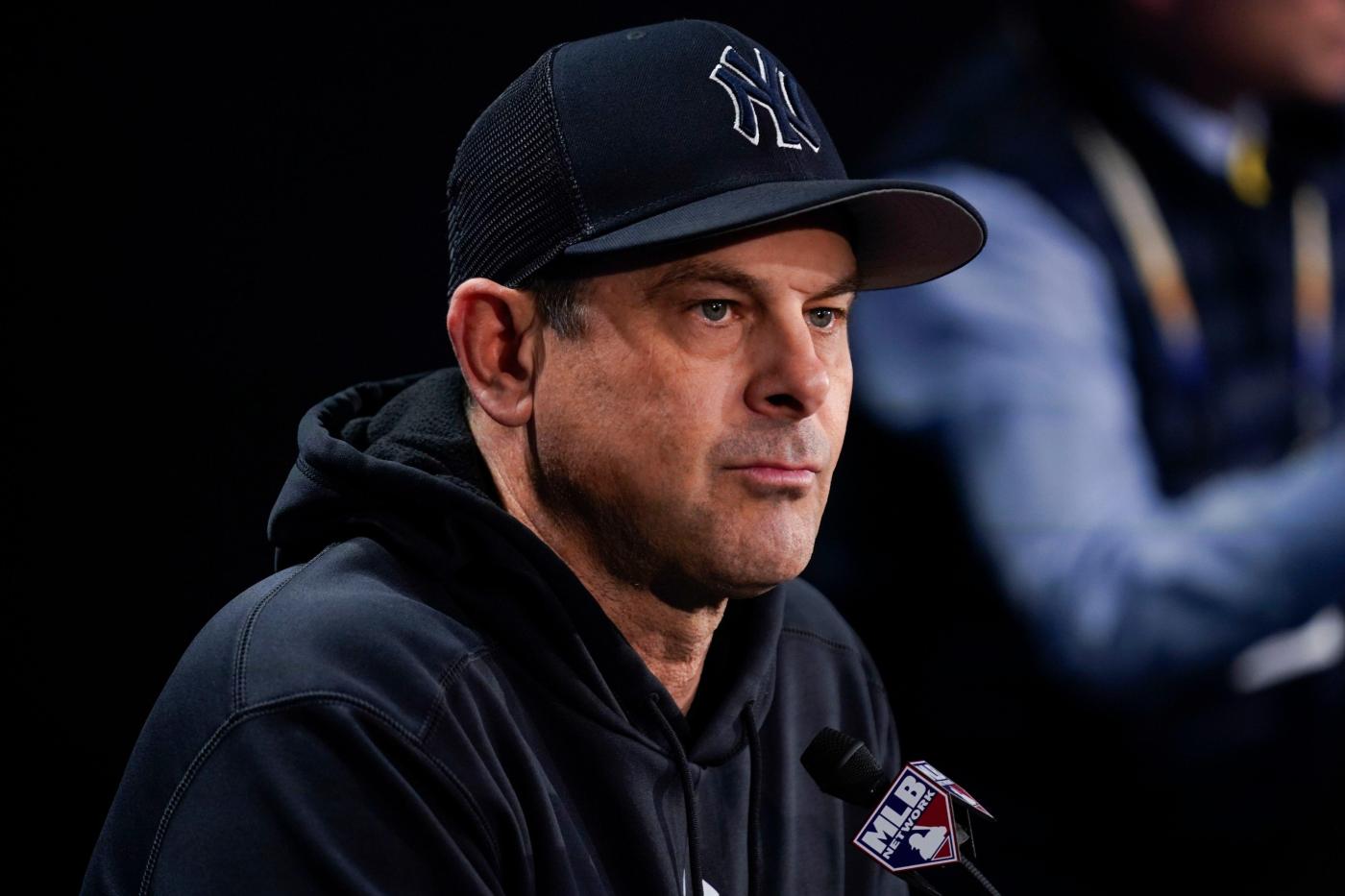 The Yankees got some inspiration from an usual source Sunday. Down 0-3 in the American League Championship Series to the Astros, the Yankees faced the monumental task of winning four straight games or going home having missed the World Series for the 13th straight year. Only one team has ever come back from being down 0-3.

So Sunday morning, the Yankees found a three minute clip of their most bitter rivals, the Red Sox, rallying from three down against the Bombers in the 2004 ALCS.

“We watched that video today,” Yankees manager Aaron Boone said before the Bombers’ do-or-die Game 4 at Yankee Stadium. “We sent it out to all our coaches and got it out to our players and stuff.”

The Yankees have to try something, because they have been dominated by the Astros pitching so far in this series. The Yankees hitters, who led the American League in scoring and led baseball in home runs, went into Game 4 having a 33.7% strikeout rate in the first three games, the highest in postseason history (with a minimum of 200 plate appearances). They have been held to six hits or fewer in their last six playoff games. It’s not just the playoffs, the Astros have beaten them up all year. The Bombers have only led at the end of two of their 91 innings against Houston this season. Those two innings were the final innings of their walk-off wins on June 23 and June 26.

This is the fifth time in the Yankees’ history they have trailed a best-of-seven game series 3-0 and they have been swept in each of those series, the last time was the 2012 ALCS.

It’s an unusual situation for this team, which won 99 games in the regular season this year. Boone reminded them that they can only win one at-bat at time.

“Keep it small, try and win the next play. Go out and try and win pitches in that first inning and keep the focus in that regard real small knowing we got to win a game today, and then we can move forward from that,” Boone said. “But just focus on getting ready. Obviously, we got another tough pitcher going against us. We get to send Nestor to the mound, which we’re thrilled about. It’s an opportunity to win a baseball game in the postseason.”

The dire situation obviously called for extreme motivation. The unusual move of using video that was one of the most devastating losses for Yankees fans was spearheaded by the Yankees’ director of mental conditioning Chad Bohling. It seemed to create some controversy online among fans. Boone admitted it was a little strange that it was a clip against the Yankees, but he did draw some wisdom from it.

“I think it was just the belief that they had. They had a confidence,” Boone said. “You see [Kevin] Millar saying ‘Don’t let us win one.’

“We still have time. Obviously now we’re as far up against it as you can be and not in a great spot but you can’t get ahead of yourself either,” Boone said. “We just got to go out and start with the first inning. Trying to try to win pitches and trying to ultimately win a game and at least put a little pressure on them and then start to see what can happen.”

Boone got some advice from one of those 2004 Red Sox players too. While meeting with the broadcast crews, which each manager does before each game, ESPN’s Eduardo Perez got David “Big Papi” Ortiz on FaceTime. Boone said Ortiz had some advice, but wanted to keep it private.

The Yankees were up by a run in the ninth inning of Game 4 of the 2004 ALCS when now Dodgers manager Dave Roberts stole second and scored on Bill Mueller’s single off Mariano Rivera. Ortiz won it on a home run in extra innings.

The 2004 Red Sox remain the only team in MLB history to win a seven game series after being down 3–0 and before them no team in MLB had forced a Game 7 under those circumstances. The Astros are the only team to do it since (in 2020), forcing the Rays to a Game 7 and losing in the ultimate game.

The Red Sox went on to sweep the Cardinals in the World Series in 2004, snapping the Curse of the Bambino.