Commonly viewed as a mere joke and popularly dubbed as a ‘meme-coin,’ the core developers of Dogecoin are set to change the narrative with the launch of the new Dogecoin update, v1.14.6.

The GitHub link that contains the checklist of what is to be achieved with the proposed v1.14.6 update to the network was circulated on 6 June.

In a post made by Lodder on Reddit eight days ago, he confirmed that the upgrades to the Dogecoin network might be implemented by the end of June. He said,

“It is starting to look like we will really be able to do a release of 1.14.6 (by the) end of June. We’ll be focusing on enabling as many contributions to make it into the release, together with the network hardening I mentioned that now not just I but also chromatic is working on. I will make a tracker for the release so that everyone can see where we’re at.”

In view of an upgrade to the Dogecoin network, let’s take a look at the performance of the meme coin since it first launched.

Currently ranked number 10 on the list of cryptocurrencies with the largest market capitalization, at $10.5b, the market capitalization of the token grew by over 600,000% within the past nine years. According to data from CoinMarketCap, the token had a circulating supply of 132,670,764,300, at the time of writing.

On-chain analysis revealed that the Dogecoin network started to experience some growth within the last four years.

Nine years after its launch, the number of unique addresses transacting the Dogecoin on a daily basis marked a high of 86,652 addresses on 9 March. At a 68% decline, at press time, this stood at 28,100.

In addition to the above, whale activity on the network started to mark some traction just a year ago. For transactions above $100k, the token saw a high of 3522 in transactions count on 31 January 2021. Taking on a steady decline since then, this was spotted at 60 at press time. For transactions over $1m, a high of 532 transactions was recorded on the same day last year. However, at the time of writing, this has registered a 98% drop. 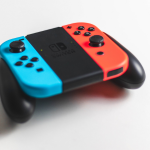