Bloomberg analyst Mike McGlone recently appeared in an interview with Kitco News. The interview that largely focused on McGlone’s views on the expanding digital assets industry also included a talk related to the future of these cryptocurrencies. In other news, Bitcoin [BTC] might be in for a surprise this weekend.

Bitcoin to hit a bullseye?

The renowned Bloomberg analyst recently gave his two cents on the ongoing crypto winter that left investors completely baffled. He started off by mentioning a “great reversion” that could be seen in the risk markets. He was quoted saying,

“I think what’s going to happen is the great reversion. It’s just getting started. It might be like the aftermath of 1929, [but] I think it’s going to be like the aftermath of 2008 [or] maybe like after the 1987 crash. It’s so overdue, and all risk assets, everywhere from condos in Miami and Toronto to the stock market. It’s just starting to happen and the greatest inflation in 40 years and most people’s lifetime is starting that.”

McGlone further went on to state that he considered Bitcoin among the “best” assets which should be a big boost for the crypto world.

“My outlook is I think some of the best assets to own will be gold, US long bonds and Bitcoin. I think we’re going back to deflation and the best way to get deflation is to get a big spike up in prices and then flush them. That’s what we’re doing. We’re in the early days of flushing.”

However, Bitcoin is not the only cryptocurrency that has peaked McGlone’s interests. The Bloomberg analyst also considered Ethereum [ETH] as one of the big tokens.

“Ethereum is revolutionizing the world of fintech, of tokenization. To me, the question of what stops tokenization, you look at NFTs, most of them are based on Ethereum tokens. Now yes, there are some competitors but that shows you what’s happening in the space. That’s not going away.”

Bitcoin is set to end a weekly-bearish rally of nine successive weeks ending in losses. This run stretches back to late March when Bitcoin last finished a week on a positive note.

This will come off as huge news for the Bitcoin community as they get to see beyond the ongoing ‘slump’. However, the king coin of crypto is still unable to break free of the $30,000 resistance given its performance in the past 24 hours. Any last hour movements will be crucial if Bitcoin is to end the weekend on a high and break the negative streak. 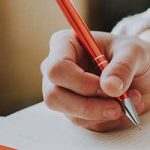 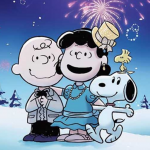