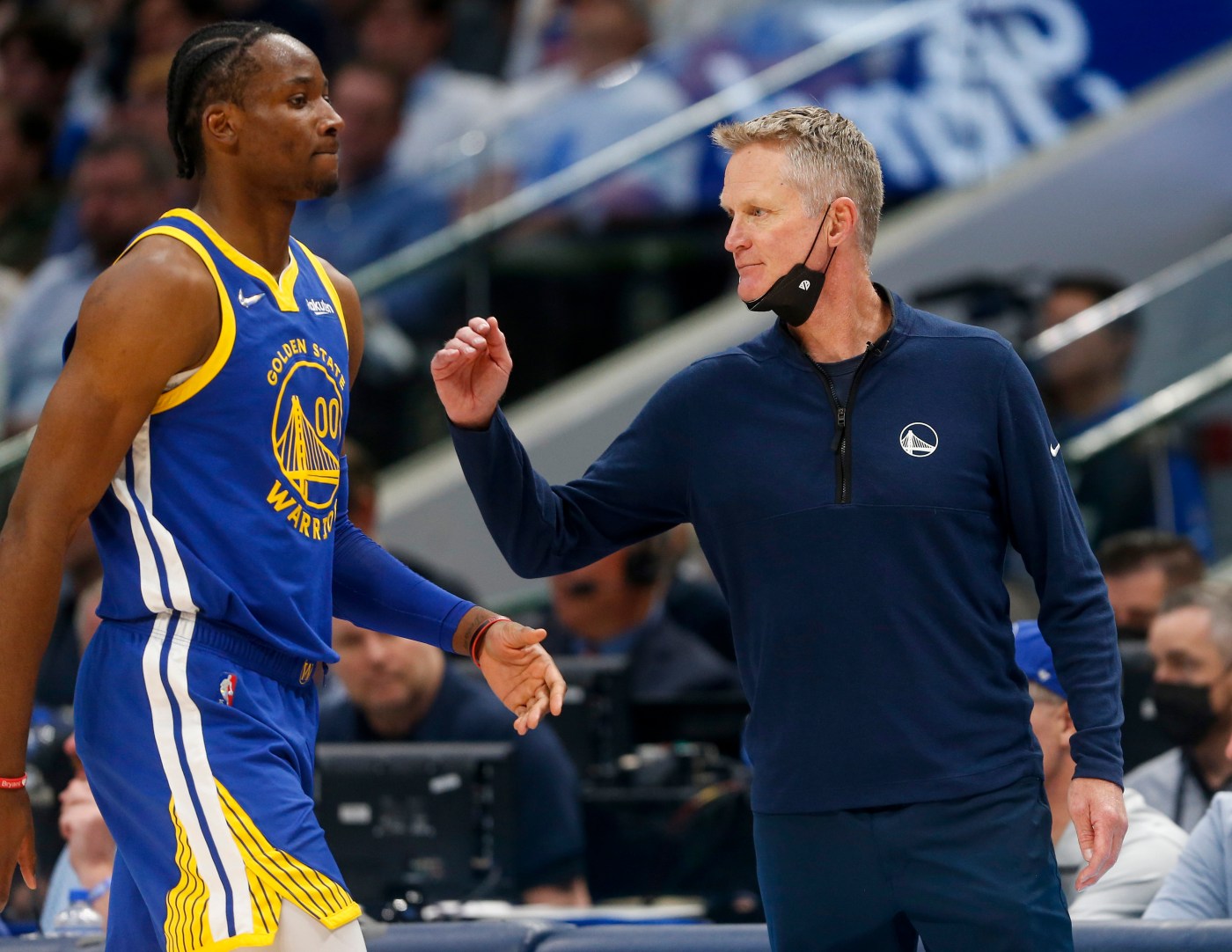 BOSTON — The Celtics are young and long and athletic, and en route to a 2-1 lead in these NBA Finals, they have made the Warriors look downright old.

The Warriors won Game 2 with old-man strength — that deftly-placed weight that catches a young, inexperienced team off guard.

But the Celtics countered by beating down the Dubs in every possible way in Game 3.

There have been moments — flashes of the Warriors matching Boston’s impressive ability to run and jump, but those moments have been too far between.

There is an obvious move for the Warriors to make heading into Game 4 on Friday:

In fact, I would start him.

The 19-year-old wing would be the best athlete on the court for either team were he to play meaningful minutes in this series. He’s only played seven — all with the game in hand — in these Finals, but there are multiple opportunities to get him into Game 4.

But the best option would be the earliest one: Kuminga starts instead of Kevon Looney.

Now, the Warriors’ starting center has been absolutely fantastic in this series and postseason, and the Warriors should be playing him more — he sat out the entire fourth quarter of Game 3 to Golden State’s detriment — but while he sets brilliant picks, he’s limited on the roll. And the Warriors have to run pick-and-roll on every offensive possession in Game 4.

Kuminga is hardly the pick-setter Looney is, but he’s effective. And he’s the only effective rim-runner for the Warriors.

Golden State has been dominated in the paint in Games 1 and 3 — the two games that Boston center Robert Williams has looked healthy.

The Time Lord protects the hoop from the shot-clock down, such is his length and leaping ability when his balky knee cooperates.

As such, the Warriors are petrified of going into the paint when he’s on the floor.

You can’t win a title if you can’t go to the basket. All of those criticisms of “jump-shooting teams” have that right.

Want to set a tone that this series has changed early? Run Kuminga – Curry pick-and-roll for the first three plays of the game and see if the young high-flyer can put Williams on a poster.

After Game 3, Klay Thompson said that there were 2015 vibes to these Finals. The Warriors went down 2-1 in that series to the Cavs, too.

What changed the series?

Yes, the Warriors benched Andrew Bogut and started Andre Iguodala instead, but really, it was Curry running pick-and-roll with David Lee starting in Game 4. (Remember him?)

Much like Lee, Kuminga is going to be a defensive liability — he fouls far too much. What do you expect from a 19-year-old?

But that’s why Kuminga should start instead of coming off the bench, like Lee. If this experiment doesn’t work — and there’s no way of knowing if it will — Warriors coach Steve Kerr can limit the damage, call it a loss, and still have 45 minutes of basketball to play.

If it works, it sets a tone for the rest of the game and perhaps the series.

Kerr, of course, is not tipping his hand.

“It’s always a possibility. You never rule out anything. It’s something we discuss as a staff every day,” Kerr said Thursday. “Do we need to insert another player into the rotation? Do we need to change a combination, lineup combination?

“All that stuff is discussed, and we just make the best decision that we think can be made and roll with it.”

There are other ways the Warriors can insert Kuminga outside of starting him.

Kerr could opt to play Kuminga instead of Nemanja Bjelica, who was solid in Game 2, poor in Game 3, and is generally a wild card because of his poor defense.

But that would put Kuminga with the second unit, which has been a problem for the Dubs against Boston. They have no slack to spare and Kuminga — like Bjelica — provides no guarantee of playing well.

The Warriors could also try to match Kuminga with a Celtics player.

Kuminga would be best used as a small-ball center. When the Celtics go with Al Horford at the five, Kuminga could provide an interesting foil for Boston’s oldest player. Give the Celtics a taste of their own medicine — if only at one position for a few moments.

But given the Warriors’ struggles in the half-court in this series, a more radical move is needed. The Warriors need to shake this series up and they need to do it early.

They need to start Kuminga.