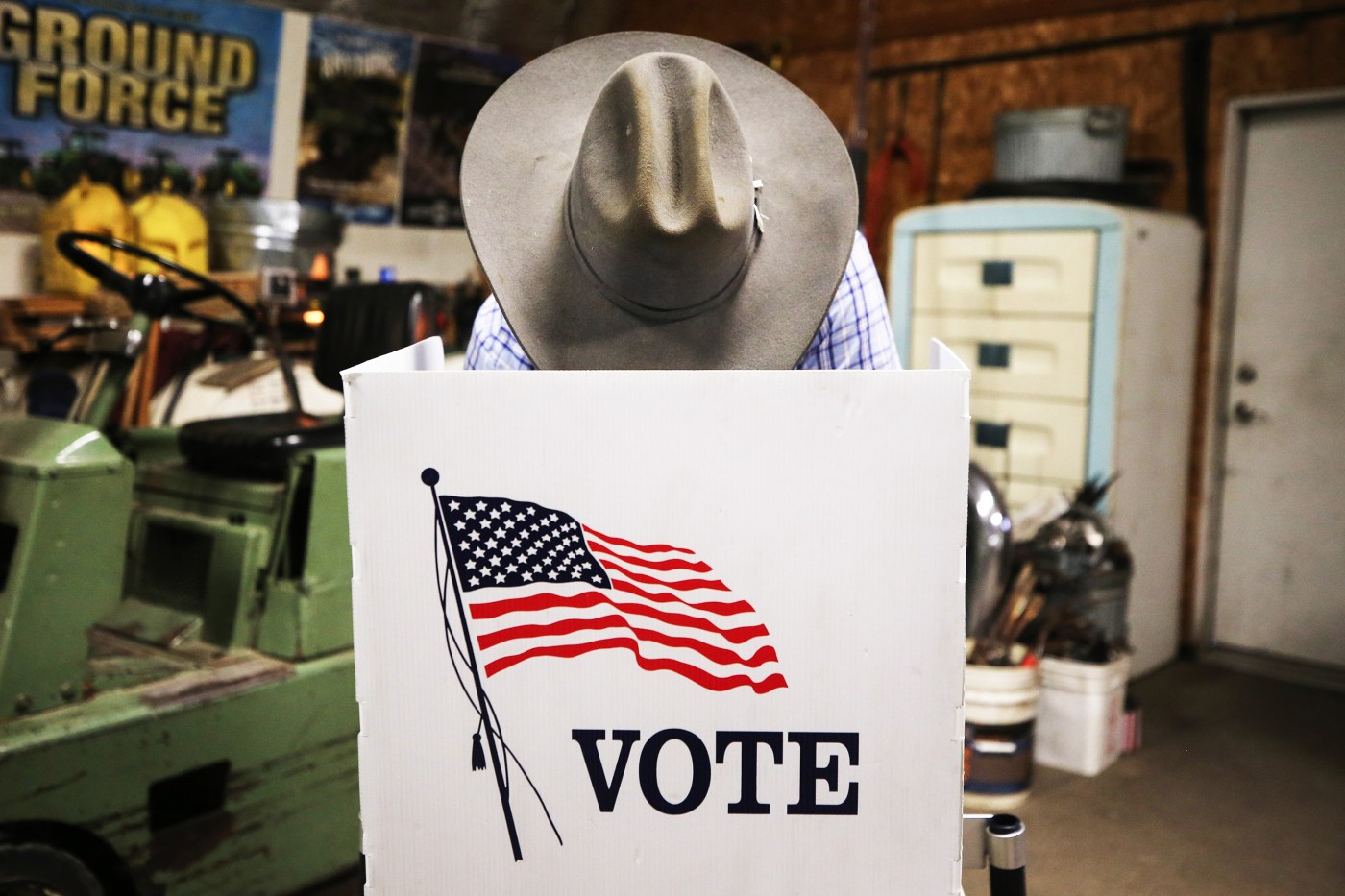 Few people would characterize the conservative South as enlightened when it comes to electoral politics. But the truth is that in some respects it is more advanced than many Democratic strongholds. While states like Oregon and New York continue to employ closed party primary elections, even as the electorate becomes more independent and more demanding of real choices at the polls, states from Alabama to Missouri have dispensed with party registration and employed open primaries for years.

These states may lean Republican at the ballot box, as key Northern states lean Democratic, but they have carved out the space for voters to define themselves and their voting choices. These systems are now under attack all across the South and, if successfully repealed, could spell a descent into authoritarian rule that we’ve barely begun to grasp.

MAGA Republicans across the country have been working to restructure the rules of state elections to give themselves maximum control of their party’s agenda and electoral fortunes. That’s widely understood. What has been quietly building with scant attention is how the rules of primary elections are quickly becoming a centerpiece of that effort.

Three state Republican parties – in Alabama, Tennessee and Missouri – have already passed resolutions requiring party registration and closed primaries. Leaders in 10 states have declared publicly their intent to introduce legislation in the 2023 sessions to do the same. Every one of these states has a Republican supermajority that will guarantee, absent outside pressure, their passage.

Right now, voters in these states register to vote without a party affiliation. These proposals would require that voters re-register and declare, for the first time ever, a party affiliation with the state. It would mean that thousands of voters will likely fall through the cracks and never get back on the voter rolls again. It would deny, for the first time ever, anyone who chooses to register independently the right to cast a meaningful vote. It would also mean that voters who identify as Democratic-leaning, including sizable communities of color, would be forced to make a choice. Register as a Democrat and be assured that, outside some local races, your vote doesn’t matter or register Republican to impact who governs.

That’s because the primaries in these states are quite literally the only elections that matter. In the 2020 general election in Arkansas, 56% of state legislative races were uncontested. Uncontested! Only 5% of races were considered competitive. In Alabama, 49% of races were uncontested and not one race in the entire state was competitive. This is the norm. The winner of the Republican primary in these states almost always wins the general election.

If these states move to partisan voter registration and closed primaries, a small cabal of the most partisan Republican voters will have full control over their state’s agenda. This is not insignificant. Up to 20% of the states in our country are at risk of having their primaries closed. This is the context in which President Joe Biden is able to rail against the danger of “MAGA Republicans” undermining our democracy.

We have a real opportunity to build a left-right coalition of voters across the South who stand for the simple principle that our democracy only works when every vote is counted equally. Voters, of all political stripes, have much to lose from the imposition of a system of voting that forces them to pick sides and stay in their lanes.

Jeremy Gruber is the senior vice president of Open Primaries. Harry Kresky is counsel to Independentvoting.org. They, along with Michael Hardy, are the authors of “Let All Voters Vote: Independents and the Expansion of Voting Rights in the United States.”  ©2022 The Fulcrum. Distributed by Tribune Content Agency.

Can I File a Lawsuit in Florida if I’ve Suffered a Traumatic Brain Injury?