Netflix is easily one of the most popular (if not THE most popular) streaming services in the world. With over 160 million active subscribers, you can bet they have a little something for everybody. And if your something happens to be anime, you’ve come to the right place. Here’s our current list of the best animes on Netflix in 2022.

No list of the best anime shows would be complete without mentioning the insanely popular Naruto series. To give you a sense of how popular the anime show is, it’s based on the third-best-selling manga series of all time. Naruto tells the tale of a young boy (Naruto Uzumaki) who has been imbued with the spirit of the 9-tailed fox, a powerful demon that laid waste to the boy’s village moments before he was born. Only the boy’s father, the leader of the hidden leaf village, was strong enough to seal the 9-tailed fox spirit inside of Naruto. In the hopes that one day, his son would grow strong enough to control its power.

With 9 seasons of Naruto are available to stream on Netflix, you’ll have plenty to binge!

Another anime based on a popular manga series. Death Note follows the story of an intelligent high school student by the name of Light Yagami. One day, Light unexpectedly discovers a mysterious journal, which grants him the power to kill anyone in the world by simply writing their name inside of it. Obsessed with his new god-like power, Light begins cleansing the world of anyone he deems unworthy. But after a number of the world’s most notorious criminals die inexplicably, a mysterious detective known only as “L” emerges to bring the killer to justice.

In addition to the full anime series, you could also watch the Netflix exclusive, the live-action adaptation of Death Note as well. It’s not nearly as good as the anime series, but it does stay faithful to the source material.

Based on a popular series of video games from the ‘80s and early ‘90s, Castlevania offers a fresh new take on the story of Dracula. The show starts with an angry mob burning a woman suspected of witchcraft at the stake. Afterward, the woman is identified as Lisa Tepes, the beloved wife of Count Vlad Dracula Tepes. Once the news of his wife’s death reaches Dracula, he puts a curse on the town and all the inhabitants of Wallachia. An army of demons and monsters begin terrorizing the townsfolk until the legendary monster hunter Simon Belmont starts fighting back. With the help of mysterious sorceress Sypha Belnades and Dracula’s half-vampire, half-human son Alucard, Simon attempts to kill Dracula, once and for all.

Loaded with a stunning cast of voice actors, Castlevania is one of the highest-rated anime shows currently available on Netflix. The show is also a Netflix original series and already has four seasons under its belt.

Another Netflix original anime, Devilman Crybaby is based upon the legendary 1972 manga “Devilman”. While the major plotlines of the manga have been kept the same, Devilman Crybaby changes some things from the original source material. Such as taking place in a more modern setting, and introducing some new characters and locations.

The series follows Akira Fudo, a young man who’s described as being overly sensitive, often crying when provoked or upset. That all changes when Akira reunites with his childhood friend, Ryo Asuka. Ryo informs Akira that demons are real and that he’s attempting to prove their existence to the world. After agreeing to help his friend, the two set off to summon a demon. But things go horribly wrong and Akira ends up becoming possessed by the hellish creature. Fortunately, Akira’s strong will prevents him from being completely possessed, and thus he becomes the titular Devilman.

If the above description sounds chaotic, that’s nothing compared to the rest of the series. The plot becomes absolutely crazy, and the finale won’t disappoint. I won’t spoil anything for you here, but just know that Devilman Crybaby is hyper-violent and intended for mature audiences only.

If you’re an anime fan, you most certainly recognize the name Mobile Suit Gundam. This immensely popular anime series has led to so many spin-off shows, movies, and manga series that it’s notoriously difficult to keep track of the series timeline. While some of the arcs in the long-running series are best left forgotten (I’m looking at you Mobile Suit Gundam: Seed), Mobile Suit Gundam UC is far from one of them.

This series originally aired in Japan on the Playstation Network back in 2010. The show’s original run featured 7 50-60 minute episodes. However, due to Mobile Suit Gundam UC’s massive popularity, it was shortly released in English on Cartoon Network’s Toonami TV show. However, due to the formatting of Toonami at the time, the show had to be broken up into 22 episodes, each roughly 15-20 minutes in length. But now thanks to Netflix, you can enjoy the full show the way it was meant to be watched. The highly acclaimed, 7-part series Mobile Suit Gundam UC is now available to stream in English.

Retsuko, a character created by Sanrio, is a red panda and a downtrodden office worker. She’s a standard office worker by day, scary death metal karaoke star by night. Honestly, this show looks hilarious and kind of scares me. Aggretsuko has had 4 seasons and is a Netflix Original.

Ultraman was one of the most highly-anticipated anime shows of 2019 on Netflix! This show is about high-school student Shinjiro Hayata, who is the next to wear the Ultra Suit. His mission is to protect Earth and make sure it remains peaceful. His father was the former Ultraman, and now it’s his responsibility to be a hero. This anime show is one that’s definitely up my alley!

Neon Genesis Evangelion follows Shinji, a young boy who is recruited by the paramilitary organization, Nerv, to protect Toyko-3 citizens from “Angel” forces.

The war is over and Violet Evergarden, a soldier in the war, must find a job. She ends up with a writing job, where she learns to understand herself, and how to connect people through writing.

Gon Freecss wants to become a hunter, just like his father was. A hunter is an elite member of society who can locate rare beasts, treasures, and individuals. Gon goes to take the Hunter Exam after finding out his father is alive, after being told all his life he wasn’t. Hunter x Hunter definitely has an interesting storyline to follow along with.

Little Witch Academia is one of the only kid-friendly anime shows on Netflix. Akko Kagari decides to enroll in the Luna Nova Witchcraft Academy to become a witch. Even with her non-magical side, she strives to succeed alongside her friends Lotte and Sucy.

This anime space adventure is definitely worth watching (even better than the failed live-action Netflix show.) As described on Netflix, the main characters of Cowboy Beebop are “a ragtag crew – a former hitman, an ex-cop, a con artist, a hacker kid and a data dog – that live paycheck to paycheck.” Sounds like a group of great characters to me!

13. Saint Seiya: Knights of the Zodiac

If you’re into mythical-themed anime shows, you’ll like Saint Seiya: Knights of the Zodiac! The Goddess of Wisdom and War, Athena, was always protected by young men who would give up their lives. Fast forward to the present day. Athena is in danger as she protects mankind. In response, Seiya and others become Saints to protect and help Athena.

Blood of Zeus of Netflix’s recent anime original shows, released in October 2020. In ancient Greece, the citizens learn that a demon army has risen to destroy the world. The only way to stop them is by finding the remains of the Giants and burning them as they are the source of the demons’ power. So, who will help accomplish this task? Heron, who finds out he is the son of Zeus.

Great Pretender is another new anime release on Netflix. If you are into shows about scams and con artists, this is the show for you! The show follows Mokoto after he tries to swindle one of the best con artists, Laurent Thierry. He learns that Laurent and his team only target crooks and criminals to steal from.

I wanna be the very best… yes, 4 seasons of Pokémon Journeys are on Netflix! Follow Ash and his friend Goh as they become fellows at Professor Cerise’s laboratory. They travel the world discovering new Pokémon and meeting new friends along the way.

The 2000s hit kid’s show Yu-Gi-Yo! Can now be watched on Netflix. Duel Monsters isn’t just a card game, it becomes reality for Yu-Gi-Yo and his friends Joey, Tristan, and Téa.

I hope you enjoyed our list of the best animes on Netflix, and if you’re looking for more awesome anime content, check out our list of anime memes! 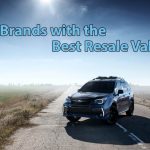 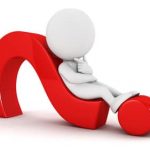 Full Service Broking Vs Discount Broking- Whats Right for You

ClickSearch 2022 Review By Our Experts