The UNESCO World Higher Education Conference (#WHEC2022) started yesterday, aiming to reshape ideas and practices in higher education to ensure sustainable development. To feed into the discussions, we have released a new policy paper on the role and impact of non-state actors in tertiary education. One of the interesting findings illustrates the not-often mentioned role of non-state actors in teacher education, particularly in the Global South, which this blog explores.

As the new paper shows, non-state teacher training institutions operate in at least 22 sub-Saharan African, 17 Latin American and 7 South Asian countries. Non-state actors have made an important contribution to teacher education programmes in conflict-affected countries. In Afghanistan, non-state teacher training colleges were established in each province, along with rural college satellites to facilitate access for those in remote areas. In Angola and Mozambique, DAPP, a non-governmental organization (NGO), has played a key role in teacher training, in collaboration with the governments. In Somalia, where the main public institutions for teacher education were destroyed during the civil war, non-state actors have trained most teachers since 2002.

These teacher training programmes tend to be government regulated: State and non-state providers largely follow a centralized curriculum or qualification framework. In India, the government regulates minimum qualifications for trainers in both sectors, as well as the level of fees. In Mozambique, state and non-state institutions follow the same criteria and conditions for admission. In recent years, non-state teacher training institutions have been closed in Chile, Colombia and Ecuador for failing to meet minimum quality standards. In Costa Rica, poorly regulated non-state institutions offer programmes from which students graduate in considerably less time than required by public programmes.

But, non-state teacher training programmes are increasingly available by distance, which raises concern about the lack of a practical component. In response, some countries, including Chile and Mexico, have banned such programmes. In Brazil, where the law gives preference to teacher education conducted in person, as the figure below shows, 67% of entrants in initial teacher education enrolled in distance courses; of those, over 95% were at non-state institutions. In Botswana, difficulties in regulating the large number of online programmes offered by non-state institutions leave many unaccredited and likely substandard. Pakistan developed national standards in 2016 to accredit distance teacher education programmes and thus increase regulatory oversight over them.

The recommendations from our new paper, which echo those of the 2021/2 Global Education Monitoring Report, aim to harness non-state actors’ contributions without sacrificing standards or accessibility. They call on governments to ensure that, regardless of how state and non-state actors share responsibility, the tertiary education system continues to strive for more quality and equity. 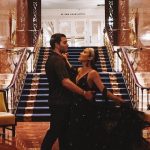 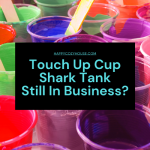 Touch Up Cup on Shark Tank – What Happened?