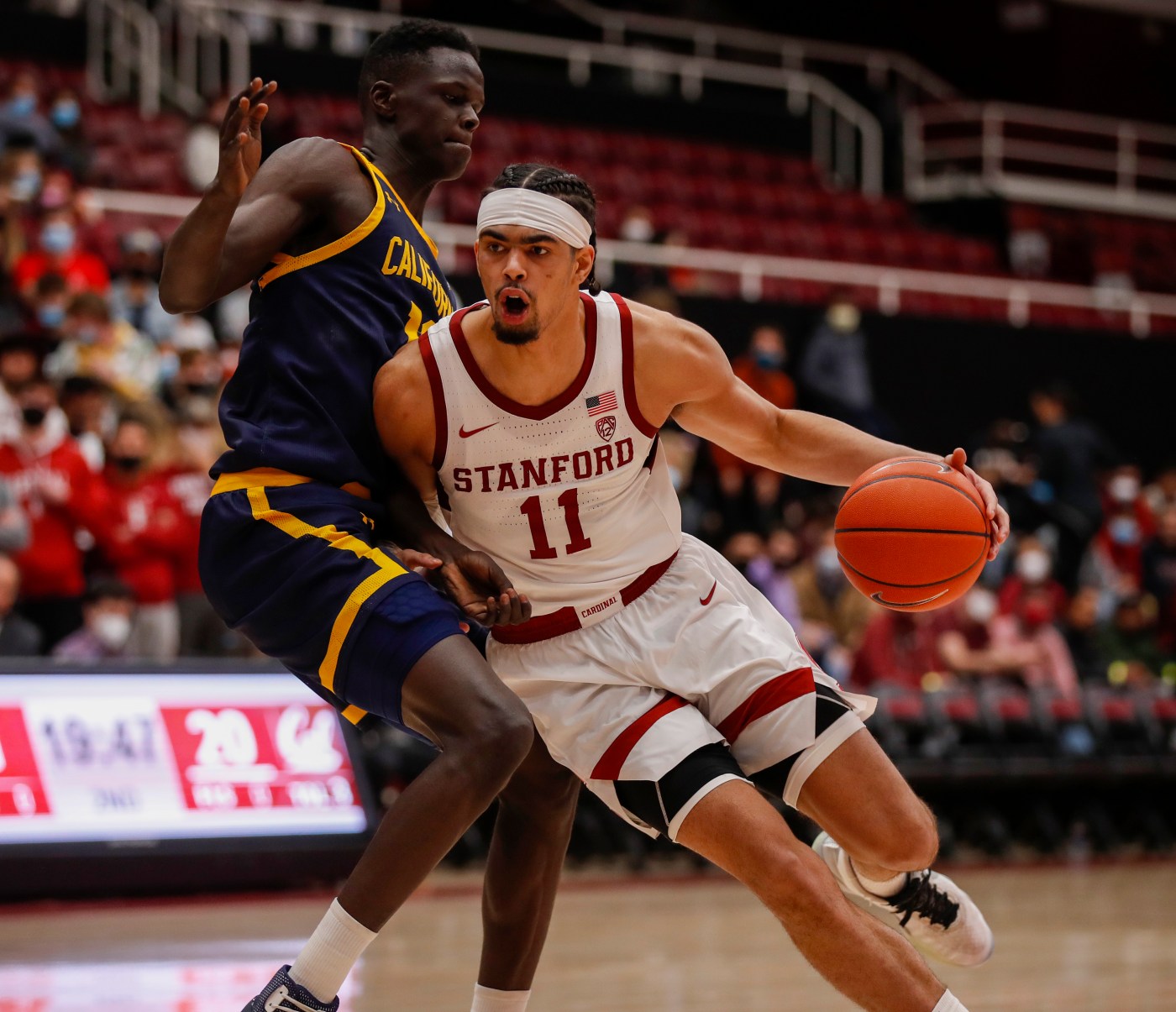 SAN FRANCISCO — Stanford hasn’t played in the NCAA men’s basketball tournament since 2014. For Cal, the last time was 2016.

Both teams head into the 2022-23 season convinced their path can change.

Stanford was picked to finish fifth in the Pac-12, according to the annual media poll. The Cardinal expects more than that.

“We’re really focused on winning as a team,” Stanford forward Harrison Ingram, the reigning Pac-12 Freshman of the Year, said Wednesday at Pac-12 men’s basketball media day. “I want to make March Madness, I want to win the Pac-12. This is the year.”

The Cardinal went 16-16 last season, losing seven of its final eight regular-season games to wind up 8-12 in conference play. Senior forward Spencer Jones said the team is determined to write a different ending to this season’s story.

“The last couple years we’ve had the talent and we’ve shown it in the first part of the season. It’s that last half that’s been our Achilles’ heel,” he said. “Coming back as a primarily upperclassmen team, we’ve got the guys who have been through that. We know what we messed up and know what we have to correct.”

For Cal, the climb is far steeper. The Bears have assembled five straight losing seasons for the first time in program history. They were 12-20 a year ago, 5-15 and 10th place in the Pac-12. The Pac-12 media projected Cal to finish 11th this season.

“No disrespect to the media, but not any of you have seen our team, not one practice,” said coach Mark Fox, beginning his fourth season. “We do like our group. This is the first group since I came to Cal that has the length and athleticism across the lineup to give us favorable matchups.”

The Bears added two transfer guards (Devin Askew and DeJuan Clayton) and two freshmen (Grant Newell and ND Okafor) expected to find a spot on the rotation. As a result, two of their seniors are convinced this will be a dramatically different season.

“Always want to prove them wrong, not prove them right. I think we can do that,” center Lars Thiemann said in response to the Pac-12 poll. “It’s our time. We’ve got all the pieces we need.”

UCLA collected 26 of 33 first-place votes from media members and was pegged for the third straight year to win the Pac-12 title. Arizona, Oregon and USC landed the next three spots ahead of Stanford.

Stanford coach Jerod Haase recalled walking into the gym over the summer to see a suddenly older team. Most of his players were unshaven for several days, and looked more mature.

“He definitely wasn’t talking about me,” Ingram said. “I still have a baby face.”

But the 6-foot-8 forward believes he did a lot of growing his freshman season and expects to be better after averaging 10.0 points, 6.7 rebounds and 3.0 assists.

“Way better,” he predicted. “In my opinion, I don’t think I had a very good year.”

“He can become a better 3-point shooter. He can become a more consistent defender,” Haase said. “Having said that, he’s an elite ball handler with elite size. And he’s going to be on a team — I’m hoping, I think — that will have a bunch of good shooters around him and that’s going to create great space for him.”

Cal added experience at the guard position with the arrival of Clayton, a senior who scored more than 1,500 points at Coppin State, and Devin Askew, a junior who spent one season each at Kentucky and Texas.

Fox said Askew is lighter and quicker, and Brown said he sees someone who’s feeling good about where he is.

“He brings confidence and great leadership. A lot of people talk about Kentucky and Texas, but he’s here at Cal now,” Brown said. “Devin’s definitely going to do a lot of great things this year.”

Stanford this summer welcomed its first-ever grad transfer with the arrival of 6-5 shooting guard Michael Jones, who averaged 11.8 points and made 42 percent from the 3-point arc while helping Davidson win the Atlantic 10 title.

“He’s been a perfect fit,” teammate Spencer Jones said. “He provides that extra little information about what it takes to get to the (NCAA) tournament.”

Stanford’s schedule includes a trip to Milwaukee to play Wisconsin, a Thanksgiving week tournament in Florida that begins with Ole Miss, and a matchup vs. Texas at Dallas.

“The schedule’s extremely challenging,” Haase said. “We understand you need to be a big-time team to try and tackle it but we want to be aggressive with it.

“We have big-time dreams and goals and if you want to try to get to the top you have to play really good teams.”