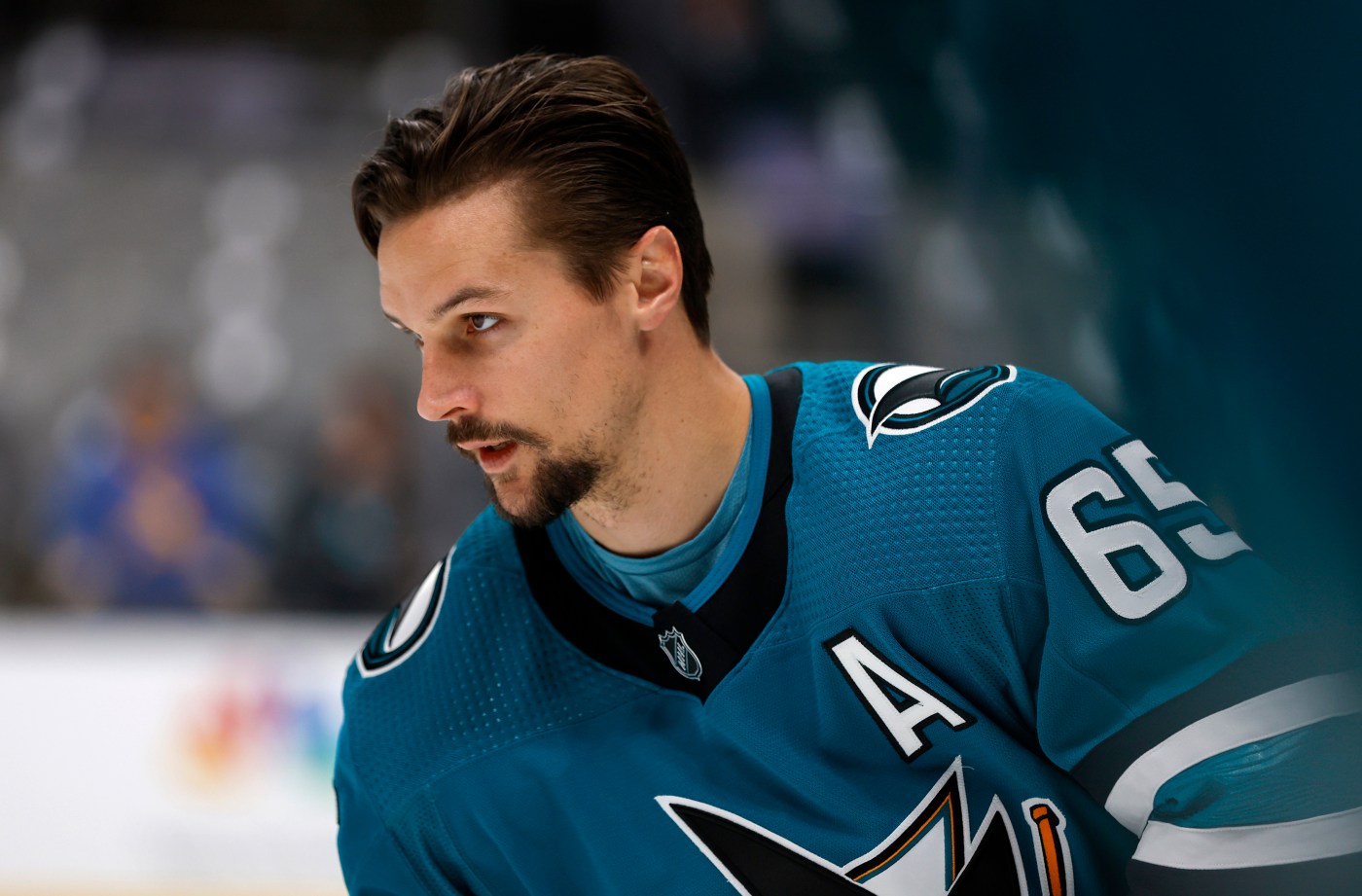 SAN JOSE – It wasn’t a surprise to Sharks players to hear a report that general manager Mike Grier is willing to listen to trade offers for the vast majority of players on the team.

“I’ve played for 14 years and I knew I could get traded at any point at any time in any year,” forward Nick Bonino said. “So I would hope every GM in the league listens to trade offers and tries to improve the team.”

“They’re trying to fill the four minutes on Insider Trading,” defenseman Marc-Edouard Vlasic said of the TSN show. “It’s early in the year.”

Grier is open to listening on any player on the roster with the exception of Tomas Hertl, TSN’s Pierre LeBrun said Thursday, referencing conversations he’s had with other NHL GMs. Hertl signed an eight-year, $65.1 million extension with the Sharks in March, and has a full no-move clause in his contract until the end of the 2024-25 season.

Reasons for Grier’s reported willingness to listen on just about everybody would seem to be obvious: To free up salary cap space, get younger as an organization, and hopefully better position themselves to be regular playoff contenders in the future.

No moves appear to be imminent, but if parting with some of the core players is Grier’s intention over the next couple of seasons, like LeBrun indicated, it won’t be pain-free.

Erik Karlsson’s contract, which lasts until the end of the 2026-27 season, carries a full no-movement clause and an annual cap hit of $11.5 million – a potentially radioactive combination to any potential trade.

To make a deal, assuming Karlsson is on board, the Sharks will presumably need to retain some salary, like they did when they kept 34 percent of Brent Burns’s $8 million cap hit, or $2.72 million, to help facilitate a move to Carolina. Teams can retain up to 50 percent of a player’s cap hit, and the Sharks already have about $6 million in dead cap space on the books for next season,

The contract for Vlasic, 35, has an average annual value of $7 million for the next three years and a full no-move clause until the end of this season. Then it turns into a modified no-trade clause in which he would only accept a trade to only one of three teams.

Vlasic is having a bounce-back season, but Grier could also buy out the final three years of that deal and save over $10 million in cap space.

“I’ve learned that a little bit, especially when you have a family and you’re set up at school and stuff,” Bonino said. “But you want to be having fun playing hockey and that’s what it comes down to, to win games. For me, I’m super happy here, love the group, love the direction we’re going.”

The Sharks’ most intriguing player right now is winger Timo Meier, who scored his first goal of the season Thursday and is in the final year of a four-year, $24 million contract. He is due to become a restricted-free agent next summer.

Meier is making $10 million in salary this season and the Sharks would need to give him that much in a qualifying offer to retain his rights. Meier had a team-high 35 goals last season but has only one goal in the Sharks’ first 10 games.

Meier does not have trade protection and could command a nice return if he and the Sharks cannot come to terms on a new deal. Just like the Calgary Flames did with Matthew Tkachuk in the summer, it’s possible Meier could go to another team in a sign-and-trade to maximize the return for Grier.

“I don’t really pay too much attention because if you read into that stuff too much, you’re going to drive yourself crazy,” Meier said Friday.

That seemed to be the theme of the day. That doesn’t mean, though, that changes are not on the horizon.

Sharks coach David Quinn said he and Grier have not had any conversations along those lines but added, “that’s pro sports. I get people kind of jump to conclusions, but if a GM isn’t talking to every GM and doing homework – you’re always trying to improve the team.”

Best Things to Do in Shelburne (& nearby), NS