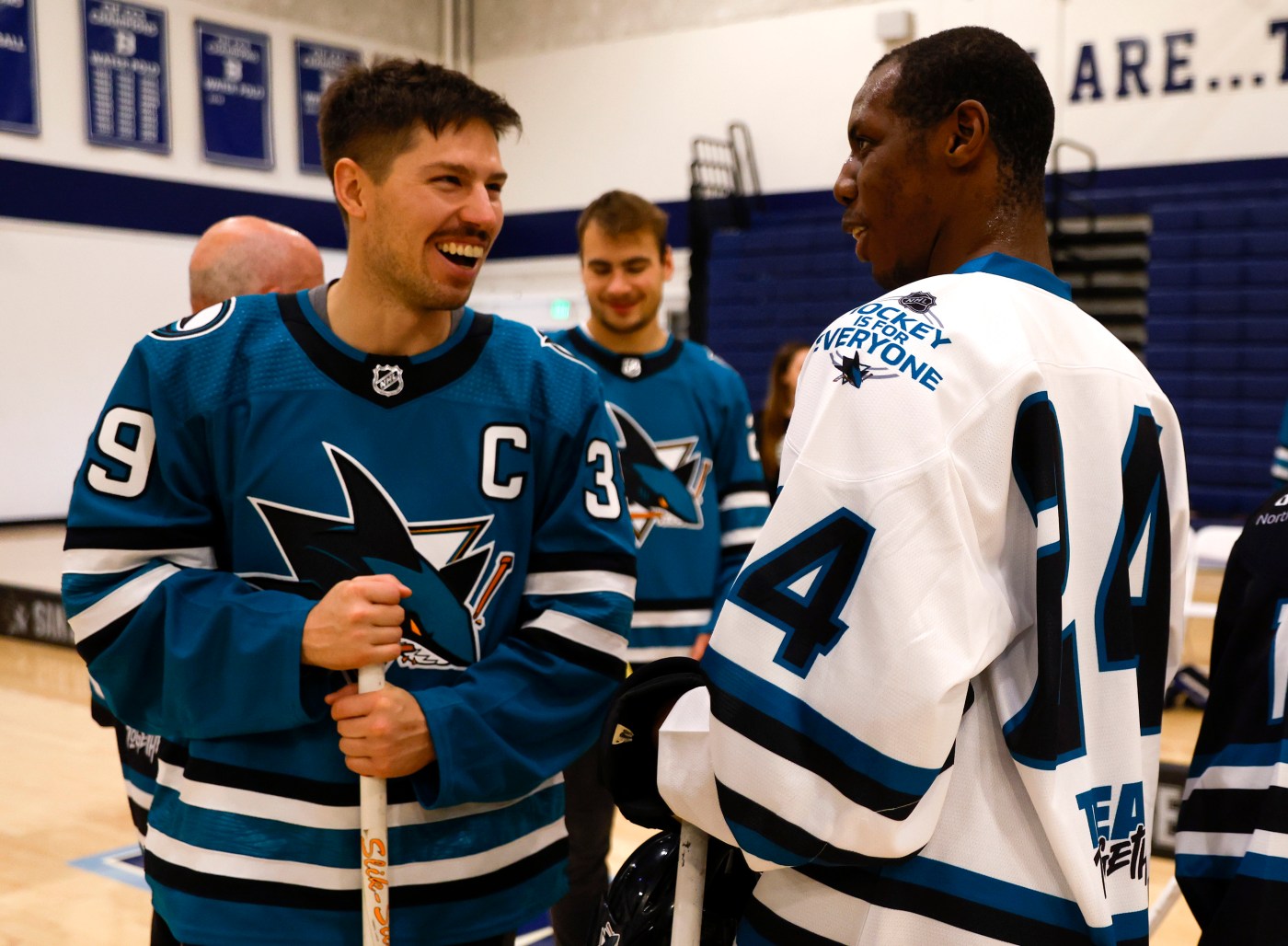 SAN JOSE – Wins have been hard to come by for the San Jose Sharks this season but their spirits have been uplifted by some members of the community in recent days.

Sunday, just a few hours after a shootout loss to the Anaheim Ducks, some members of the Sharks, for the fifth time, held a floor hockey game with players from Special Olympics Northern California at Bellarmine College Prep in San Jose.

“That was a lot of fun,” Sharks coach David Quinn said. “Logan Couture was telling me it’s his favorite time of the year. It was my first time and I’m looking forward to doing it again.”

Tuesday, the Sharks welcomed 9-year-old Layla Malone, who was diagnosed with Acute Lymphoblastic Leukemia on Sept. 1, 2020, to their team practice. Layla, the daughter of Tim Malone, the Sharks’ Director of Business Intelligence, watched the players take part in drills from one of the team’s benches, and met Quinn and several players.

“She looks great. She’s feeling good,” Quinn said. ”It’s always nice to have a visitor. The great thing about being in pro sports (is the chance) to make somebody’s day and have somebody maybe lift somebody’s spirits when they’re in a tough situation. It really makes the profession feel special.”

Layla Malone’s last scheduled chemotherapy treatment is today, and on Nov. 20, she is expected to formally ‘ring the bell,’ a milestone for cancer patients that marks the end of treatment.

The Sharks (3-8-3) begin a four-game road trip Thursday against the St. Louis Blues. That’s followed by games in Dallas on Friday, Minnesota on Sunday, and Vegas on Tuesday.