OAKLAND — A Richmond resident received six years in state prison after pleading no contest to pimping in a deal with county prosecutors, court records show.

Camonte Bennett, 27, had originally been charged with human trafficking for allegedly “forcing a woman to commit acts of prostitution,” according to charging records, but that count was dropped in exchange for his no-contest plea. He was transferred to North Kern State Prison on May 13 to begin serving his sentence, records show.

Bennett will be eligible for parole in 2024, according to the California Department of Corrections and Rehabilitation.

The charging records allege Bennett was arrested after a November report of a domestic disturbance on East 12th Street in Oakland, where a woman told police Bennett was her pimp and had been trafficking her on International Boulevard. Officers wrote in a report they saw “multiple pairs of high heels and women’s clothing in the back seat of the vehicle” Hudson was driving.

Bennett’s public defender filed a failed petition to release Bennett last August, writing that there was no evidence “other than a recording of the complaining witnesses making the allegations,” and citing statements by Bennett’s loved ones calling him a good person “with a really big heart.”

Bennett was ordered to pay $1,800 in victim restitution and received 578 days of credit for time served as part of the plea deal, court records show. He is also ordered to stay away from the complaining witness for 10 years. 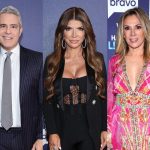 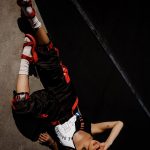 Goes to California Once