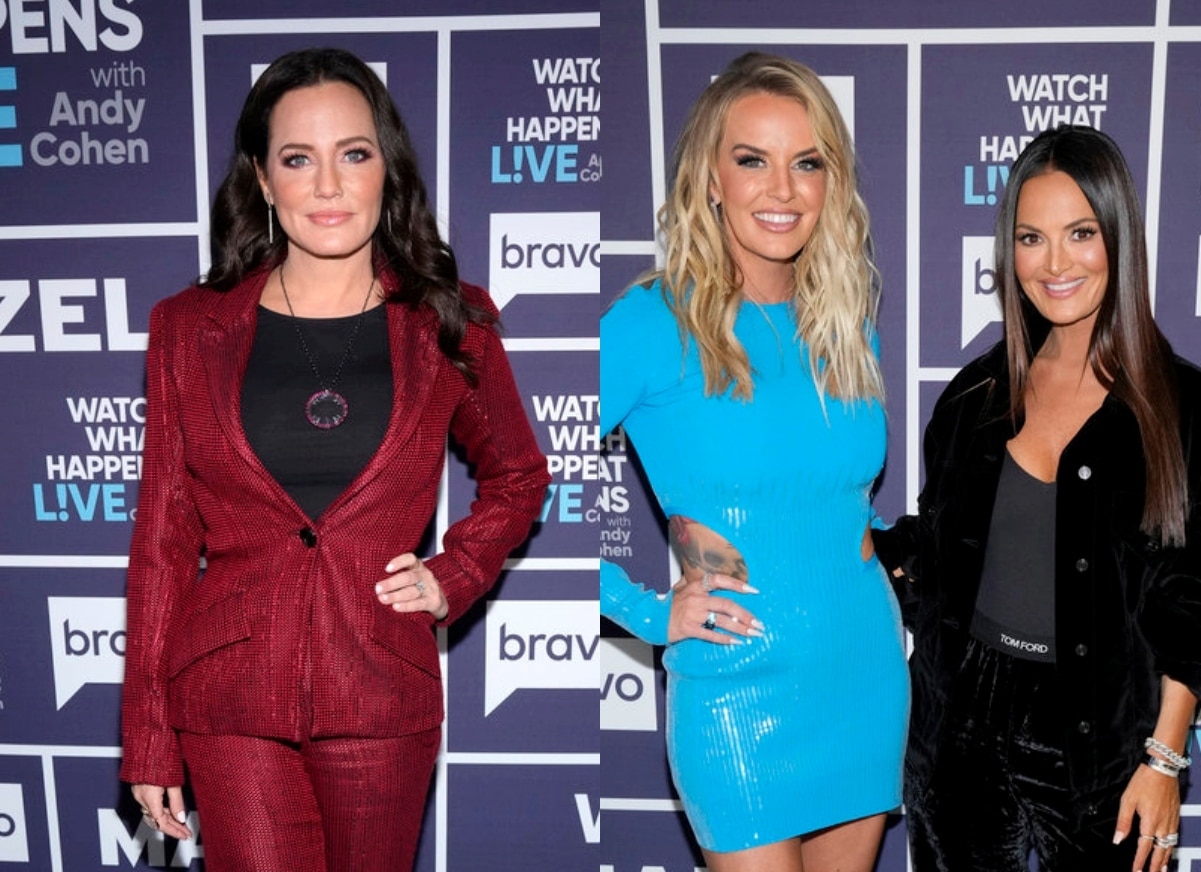 Meredith Marks isn’t happy about being blamed for the spreading of rumors suggesting Lisa Barlow performed “favors” for Vida Tequila placements and sales.

Following the latest episode of The Real Housewives of Salt Lake City, which featured her discussing a conversation husband Seth Marks had with Lisa’s husband, John Barlow, Meredith admitted she was “furious” to learn Whitney Rose had placed the blame on her — and used all the self-control she had not to unleash on her castmate.

“I was pretty upset about that,” Meredith admitted on the November 16 episode of the RHOSLC: After Show. “Whitney basically tried to pin all these conversations about Lisa on me.”

While Meredith wanted to give Whitney a piece of her mind, especially after Whitney suggested she wanted nothing to do with Lisa, she was sensitive to the fact that Whitney had just recently come forward about her childhood trauma.

“When she tried to spin that all on me, I was like okay, she’s also saying she had this horrible trauma just come to light and I was very, very torn and exercised really every ounce of self-control I had not to completely unleash on her. I was furious,” Meredith recalled. “It was definitely a turning point for me in recognizing Whitney really wasn’t taking accountability for her own actions and was still in some shape or form blaming me, or on the flip side, Lisa was choosing to believe that when it had been cleared up and was relaying that to John. So I was pretty pissed off to say the least.”

As for her drama with Lisa, Meredith felt that she had cleared things up with her prior to Seth’s chat with John.

“I thought it was pretty clear what I had or had not said. So when I hear from Seth that at this barbecue, John is saying I’m the one with all the rumors, I was like, what are you talking about?” she explained.

And as Lisa revealed in her own interview, she thought things between her and Meredith were settled after John and Seth spoke, especially after John confronted Seth about Meredith’s “perpetuating” of the rumors.

Lisa went on to say that while Meredith claimed she “did not start any rumors,” she believed insinuating that she had exchanged sexual favors for Vida Tequila placements, and then failing to take accountability, was just as bad.

In addition, Lisa continued, Meredith had been “talking badly about [her] for a long time, way before [her] hot mic moment,” and she had participated in an apparent setup at Whitney’s Wild Rose Beauty party of season two.

“They invited a gentleman they thought I had an affair with, hoping to trip me up,” Lisa shared. “Meredith knew about it, [Jen Shah] knew about it, [and Heather Gay] I guess talked to him for over an hour, trying to figure out if I really hooked up with him.”

Looking back at the “disgusting” and “humiliating” event, saying what her co-stars were trying to do was “horrific,” Lisa spotlighted Meredith’s negligence with their friendship.

“If you were my friend, you A., treated me horribly at that event, but then to find out that you knew they had this gentleman there thinking it was gonna upset me and John because you thought I slept with him, it was disgusting,” Lisa stated.

Real Housewives of Salt Lake City Live Viewing – This is also the live viewing thread for tonight’s new episode of RHOSLC season three, which airs on Bravo at 9/8c. Feel free to share your thoughts in our chat below as the episode airs.

With Justin Fields still feeling out if he can play with a left shoulder injury, Chicago Bears add fourth QB as a precaution – The Mercury News