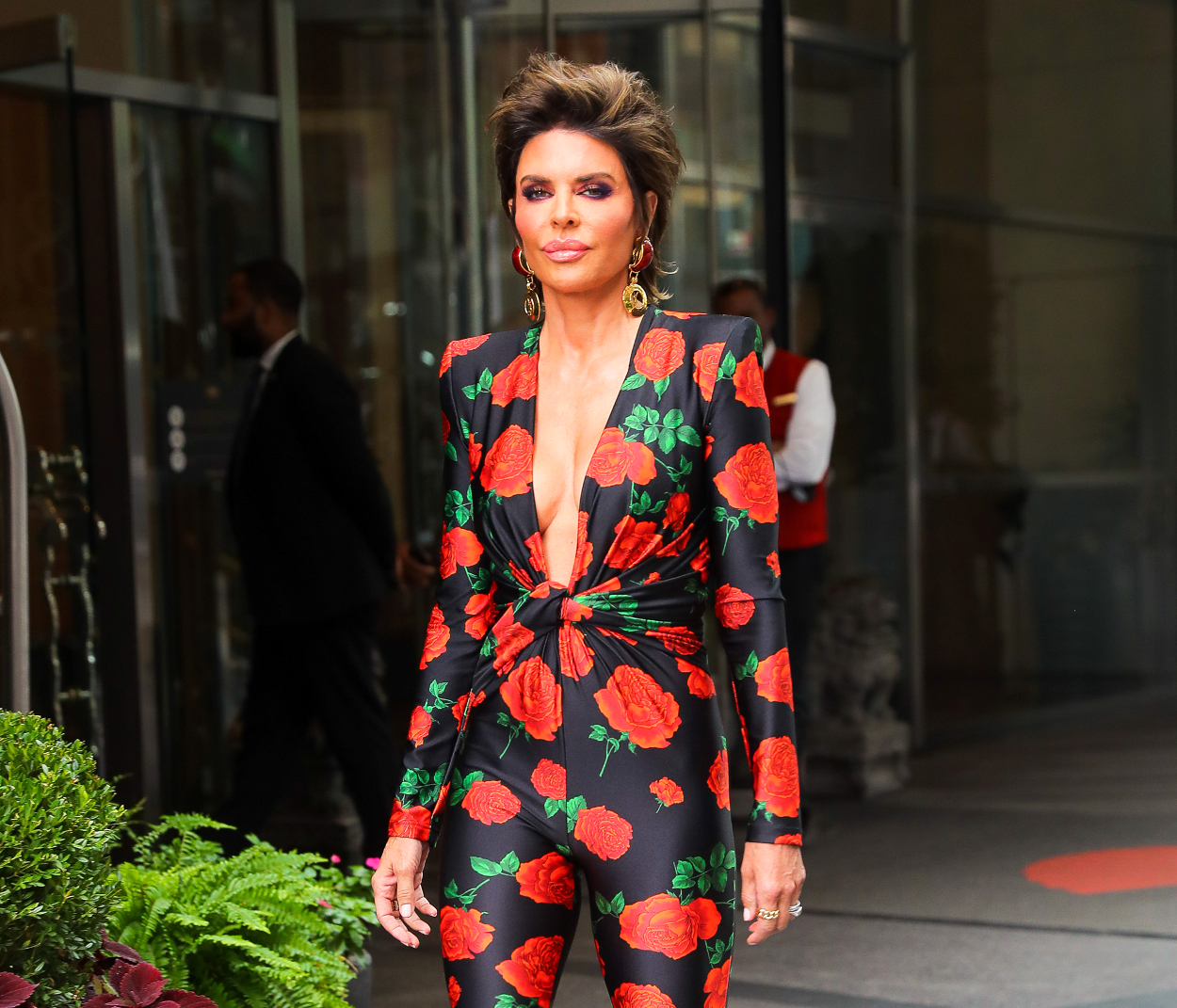 Lisa Rinna has a couple of new messages for viewers of The Real Housewives of Beverly Hills, specifically those who have found themselves “overly offended” by the recent happenings of the show.

Amid her trip to Paris, where her model daughter, Amelia Hamlin, has walked in a number of Fashion Week shows, Lisa has been quite active on social media, recently sharing a cryptic video and poignant message with her audience.

Then, in another message, which was shared along with a photo of NBA great LeBron James, Lisa encouraged RHOBH viewers to have a drink “or two or five” before giving a nod to one of her signature one-liners about a “drink and a Xanax.”

“Why can’t anybody laugh anymore … Why can’t anybody take a joke … Y’all are so f-cking serious … Y’all need to go and have fun go dance, go have a cocktail or two or five just do something fun for yourself and laugh at it all,” Lisa wrote in her October 4 post, also telling fans, “We are making a TV show get over your overly offended selves.” 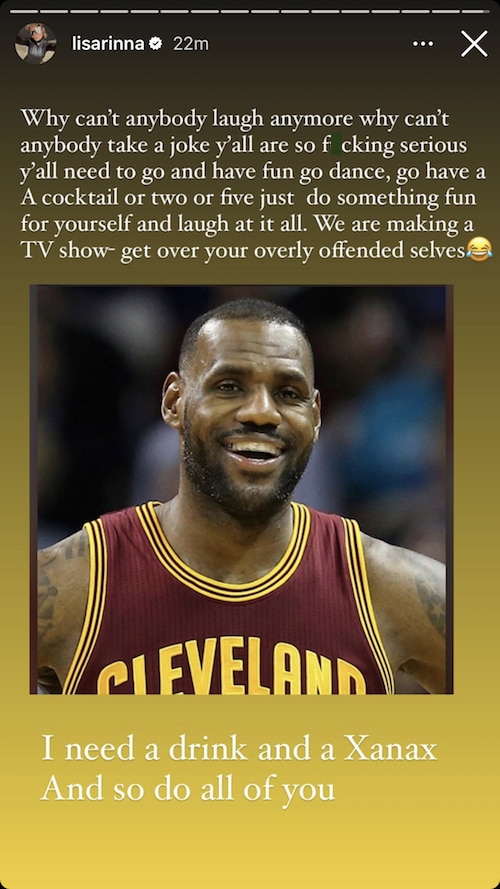 As RHOBH fans may have seen, Lisa, who has caught backlash for her meltdown claims against Kathy Hilton in recent weeks, compared herself to LeBron in another Instagram Story days ago, which also featured the longtime Bravolebrity suggesting the network “can’t afford” to lose her.

“Sunday truths … I’m like the LeBron James of Housewives at this point. You can’t afford to lose me,” she declared, via Bravo by Betches on Instagram. 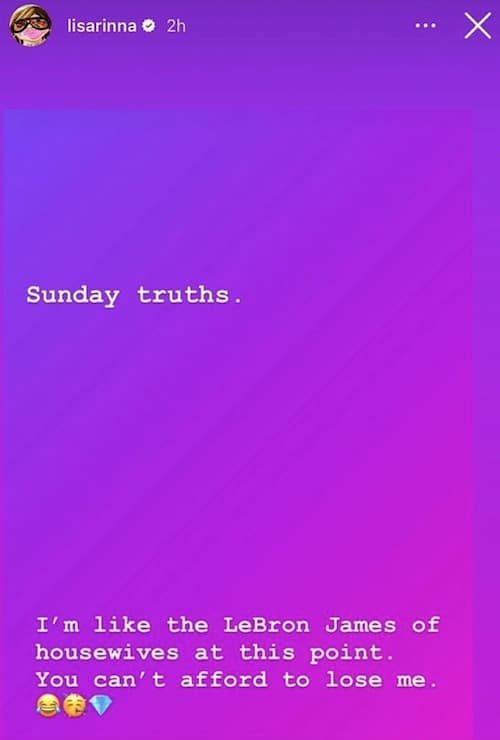 The Real Housewives of Beverly Hills season 12 airs Wednesdays at 8/7c on Bravo.