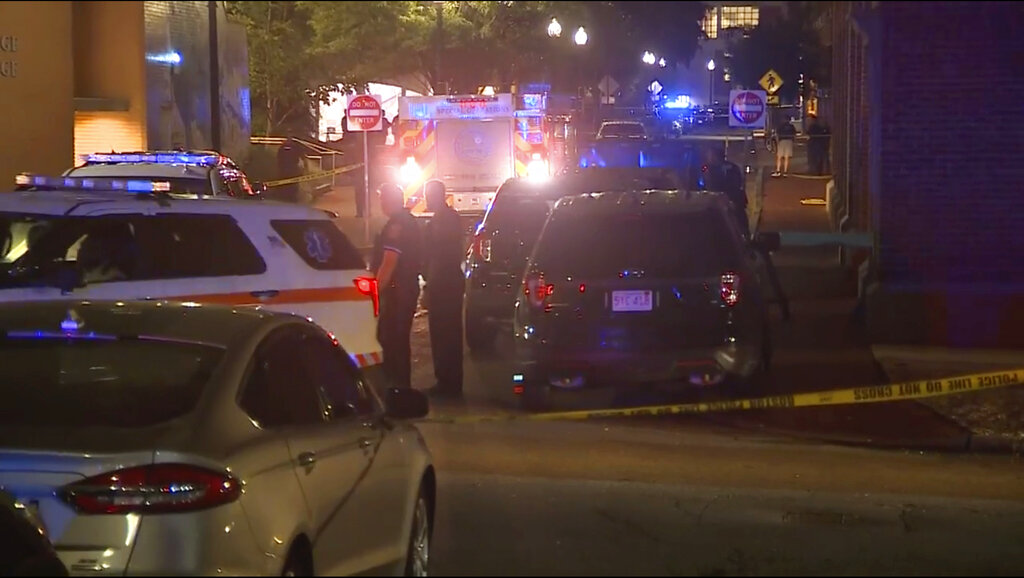 An employee at Northeastern University was injured Tuesday when he opened a plastic case that had been delivered to the virtual reality lab.

The package contained a note that criticized Facebook founder Mark Zuckerberg and the relationship between academic institutions and the developers of virtual reality, several federal law enforcement sources told CNN.

A second package was found near the city’s Museum of Fine Arts and was neutralized by the Boston police bomb squad.

Though the incident was initially described as an explosion, a source briefed on the investigation told CNN that police and FBI bomb technicians did not find any evidence of explosives.

Police were called to the scene around 7:18 p.m., Boston Police Superintendent Felipe Colon said during a news conference Tuesday night.

Law enforcement sources say the employee told investigators that when he opened the case, it depressurized with the force of an explosion.

According to two law enforcement sources, the employee told police he found a note inside the container. Multiple sources say the note, described by one source as “rambling,” railed against virtual reality and Meta owner Mark Zuckerberg.

The package was described as a hard plastic case of the type sold by Pelican.  Investigators said they have not determined how it arrived on the campus, but that it was not delivered through the U.S. mail.

Northeastern is a private university in downtown Boston, half a mile southeast of Fenway Park. It has about 16,000 undergraduate students.

What were the 10 most expensive homes sold in Danville, San Ramon, Dublin, Pleasanton the week of Sep. 5?

An Ebike Could Be The Best Investment You Ever Make