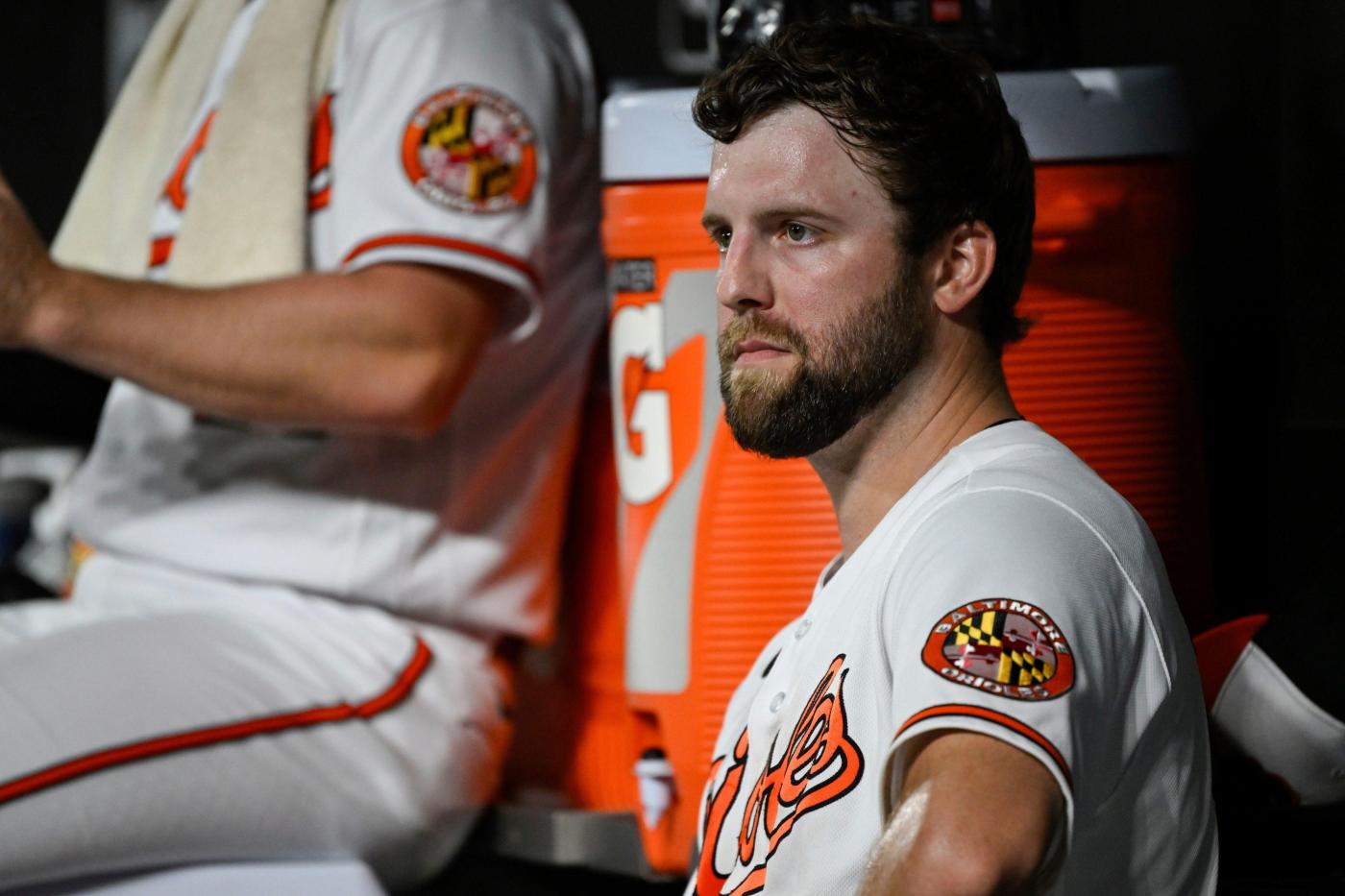 Orioles leadership continually praised what Jordan Lyles provided on the mound and in the clubhouse, repeatedly saying the veteran right-hander exceeded the expectations they had for him after he signed with Baltimore out of the MLB lockout.

“The Orioles will remain engaged with Jordan Lyles over the winter and wouldn’t rule out a return, but at the early juncture of the offseason and the price point, preferred to decline his option,” the team said in a statement.

In his 12th major league season and first with Baltimore, Lyles led the club with 179 innings, one shy of his career high and over 50 more than any other pitcher on staff, while posting a 4.42 ERA. His 4.40 fielding independent pitching, an ERA-like stat based on only areas pitchers can control such as strikeouts, walks and home runs, was his lowest for a season in which he made at least 10 starts since 2014.

Signed to be a veteran presence and innings eater for an inexperienced pitching staff, Lyles’ value in those roles increased when staff ace John Means required season-ending Tommy John elbow reconstruction surgery two starts into the year. Other members of the staff routinely noted the example he set, as a pitcher and as a leader. On Father’s Day, Lyles’ rotationmates donned T-shirts featuring his face and the phrase “Best Dad Ever.” They gifted him one that said “No. 1 Dad.” Although he is only a few years older than them, Lyles had more major league experience than all of them combined.

In choosing to not pick up Lyles’ option, the Orioles are temporarily leaving themselves with a group of inexperienced starters. They will have to activate Means from the 60-day injured list by Thursday, but the move will be largely procedural, as he isn’t expected to be ready until sometime midseason. None of their remaining rotation candidates have made more than 23 major league starts in a season.

Kyle Bradish, Dean Kremer, Tyler Wells, Austin Voth, Spenser Watkins and Bruce Zimmermann are all on the 40-man roster and each started at least 13 times in 2022, experiencing varying degrees of ups and downs. Prospects Grayson Rodriguez, DL Hall and Mike Baumann each figure to enter spring training competing for rotation spots; only Rodriguez is not on the 40-man roster, though he’s expected to be added later this month to protect him from the Rule 5 draft.

Declining Lyles’ option possibly speaks to the Orioles’ confidence in not only that group, but also their ability to add to their rotation externally via free agency and trades. Executive vice president and general manager Mike Elias has promised an active offseason in which the Orioles will increase their payroll, which ranked as the sport’s second lowest in 2022, according to Spotrac. Ace-level pitchers Jacob deGrom, Justin Verlander and Carlos Rodón are all expected to be available to sign; under Elias, Lyles’ deal — with a final tally of one year for $7 million — is the largest Baltimore has given a free agent. With a stockpile of talented position player prospects, the Orioles could also target controllable starters in trades.

As the club noted, it could explore bringing Lyles back on a lesser deal. But for now, the Orioles’ most dependable starter in 2022 is a free agent.