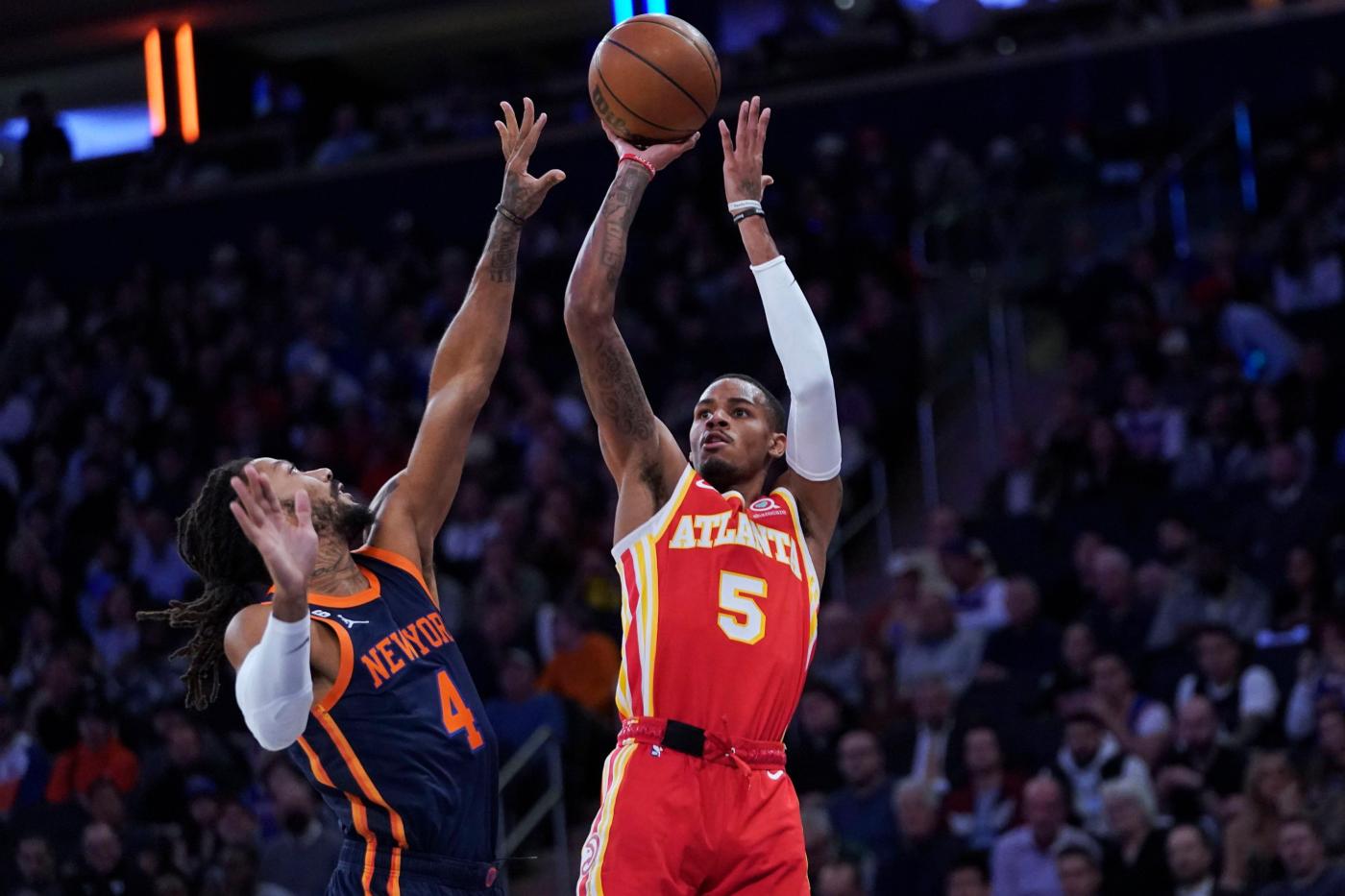 Trae Young didn’t even have to deliver the punishment to the Knicks. Most of it was self-inflected. The rest arrived courtesy of Dejounte Murray.

In its worst performance of this young season, by far, Tom Thibodeau’s squad upchucked a 23-point lead Wednesday and was pummeled by the Hawks, 112-99, for a third consecutive defeat.

Julius Randle was back to last season’s misery, missing eight of his 12 shots with four turnovers and just two assists in 30 minutes. But it’d be unfair to single out Randle since the entire the roster was uninspiring and underwhelming.

The Knicks (3-4) had 17 turnovers, almost double Atlanta’s total. They shot a miserable 41%. There was no silver lining.

Murray, who was available for the Knicks this summer in the trade market before heading to Atlanta, toyed with the Knicks backcourt while producing 36 points on 14-of-27 shooting with nine assists. It was the second straight game the Knicks were killed by a player they could’ve traded for in the summer (Donovan Mitchell did the honors first on Saturday).

Young, the No. 1 enemy at MSG these days, only logged 28 minutes because he suffered an eye contusion in the third quarter, the consequence of getting raked in the face by Randle. Young returned with glasses in the fourth quarter and finished with 17 points and seven assists.

The vitriol toward Young was more subdued than his previous two appearances at MSG, where “F—k Trae Young” chants served as the soundtrack.

“You guys still talking about that?” said Hawks coach Nate McMillan, whose team improved to 5-3. “Of course he gets excited. I haven’t talked to him about this. Trae feeds off of that. He’s a big moment player. You come to the Garden it’s a big moment, it’s a big place to play. All the good players in the league look forward to coming here and playing and playing well.”

Young was booed Wednesday but the expletives, if they existed, were inaudible. He also gave the fans no reason for venom in the first quarter, when Young missed 10 of his 12 shots and botched a lay-in.

The Knicks pounced and took their 23-point advantage in the second quarter, but momentum shifted before halftime and never swung back.