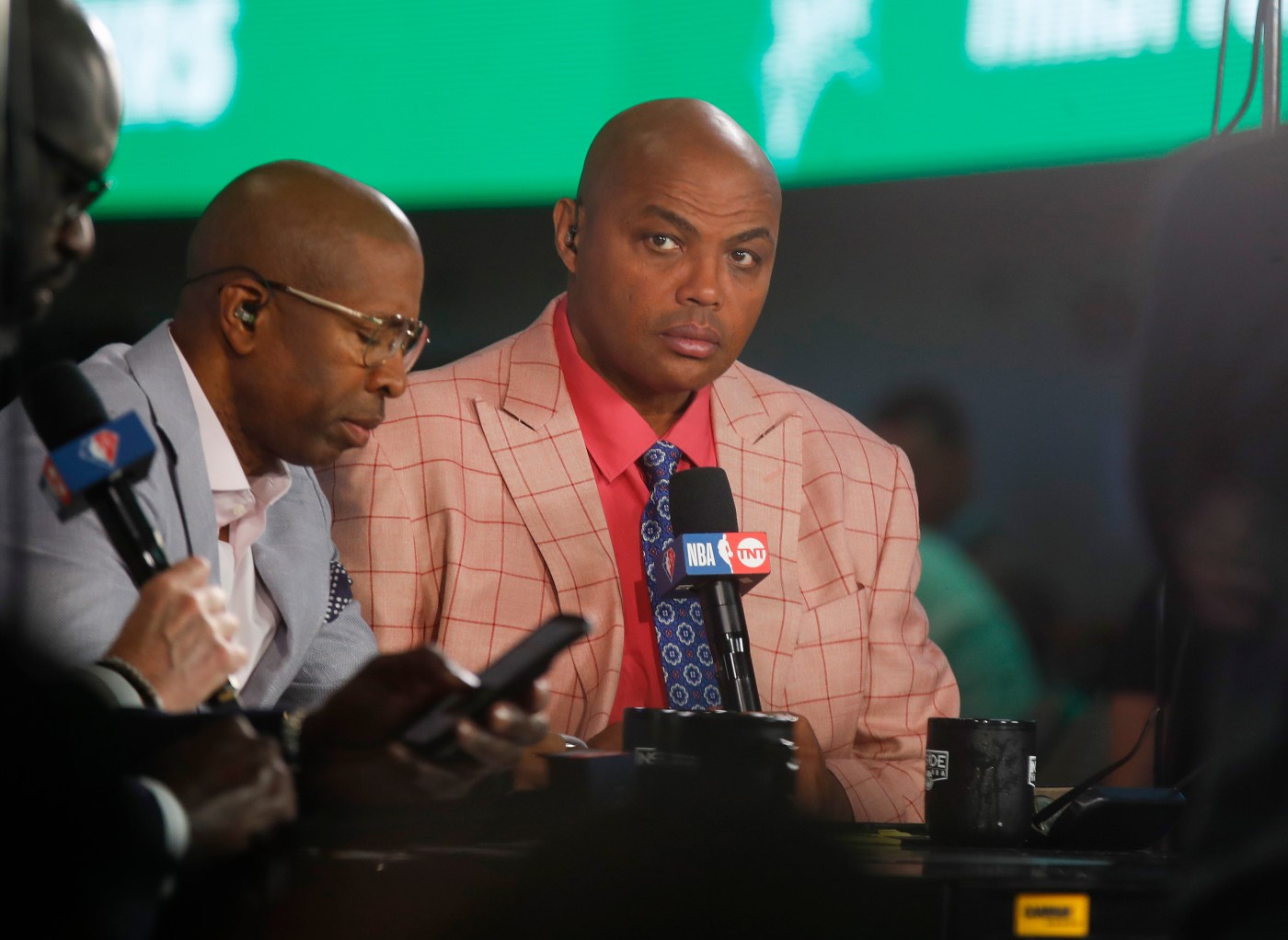 The Warriors know their star players are aging. It’s been the talk of the Western Conference since before Klay Thompson made his return to the team last season following two years spent rehabbing leg injuries.

It was also the talk of Inside the NBA on Tuesday night after the Warriors’ 134-105 loss to the Suns — aside from the first ejection of Thompson’s career, which stemmed from an argument with Phoenix star Devin Booker.

“This team is older. That’s what’s really happening to them,” Charles Barkley said. “… As much as I love Klay, he’s slipping. Same thing with Draymond. They’re not the same. In the Finals, you can see they’re not the same guys they were two or three years ago. So when I watch the Warriors play, I say ‘Oh man, Father Time is knocking on the door of a couple of those guys.’”

Steph Curry largely carried the Warriors through the NBA Finals in June at age 34, topping 30 points per game, including 43 in a pivotal Game 4. Draymond Green, 32, picked up his play midway through the series to help finish off the Celtics after looking sluggish early. Thompson, also 32, looked to be forcing shots at times over the playoff run, but came through when it mattered.

The two younger members of the trio are arguably showing their age more than Curry — and with good reason, as Green faces the physical toll of playing as an undersized center, and Thompson’s athleticism has taken a hit thanks to his back-to-back ACL and Achilles injuries.

Barkley doubled back on Thompson’s ejection, citing the Warriors guard’s inability to slow down Booker (34 points on 10-of-19 shooting) and his own scoring trouble (2 points on 1-of-8 shooting) as likely reasons for his agitation.

“There was a time when Klay Thompson was the best two-way guard in the NBA and he’s not the same guy and that’s because of injuries,” Barkley said. “Is he done? No, I don’t think he’s done. I think he’s slowing down and it’s catching up with him, that’s why he’s frustrated.”

Thompson himself admitted at shootaround Tuesday before the game against the Suns that he’s been frustrated. His teammates and coach Steve Kerr echoed that.

“He had elevated expectations of what he could do individually,” Curry said postgame. “He should, because he’s Klay Thompson. He has a body of work that has demonstrated who he is. And I’m sure he’s comparing himself to that. It’s gonna come.”

Barkley’s doubts about the Warriors are nothing new: He was skeptical of the team — like a lot of pundits were — before the meteoric rise to five straight NBA Finals appearances. The criticism has continued, even into last year’s playoffs, when he prodded Warriors fans with a “Let’s go Mavs” chant and said he hates the Bay Area.

While Barkley said he didn’t believe Thompson was “done”, he did say that the Warriors will need more from players outside of Thompson and Green to reach the mountaintop again, pointing to the next-generation core Jordan Poole, Jonathan Kuminga, Moses Moody and James Wiseman.

“Steph got a lot more work to do now,” Barkley said. “Those young guys really are going to have to step up or this team is not going to win the championship if those young guys don’t start carrying the team.”

Cal Shakes weighing all options for next season and beyond