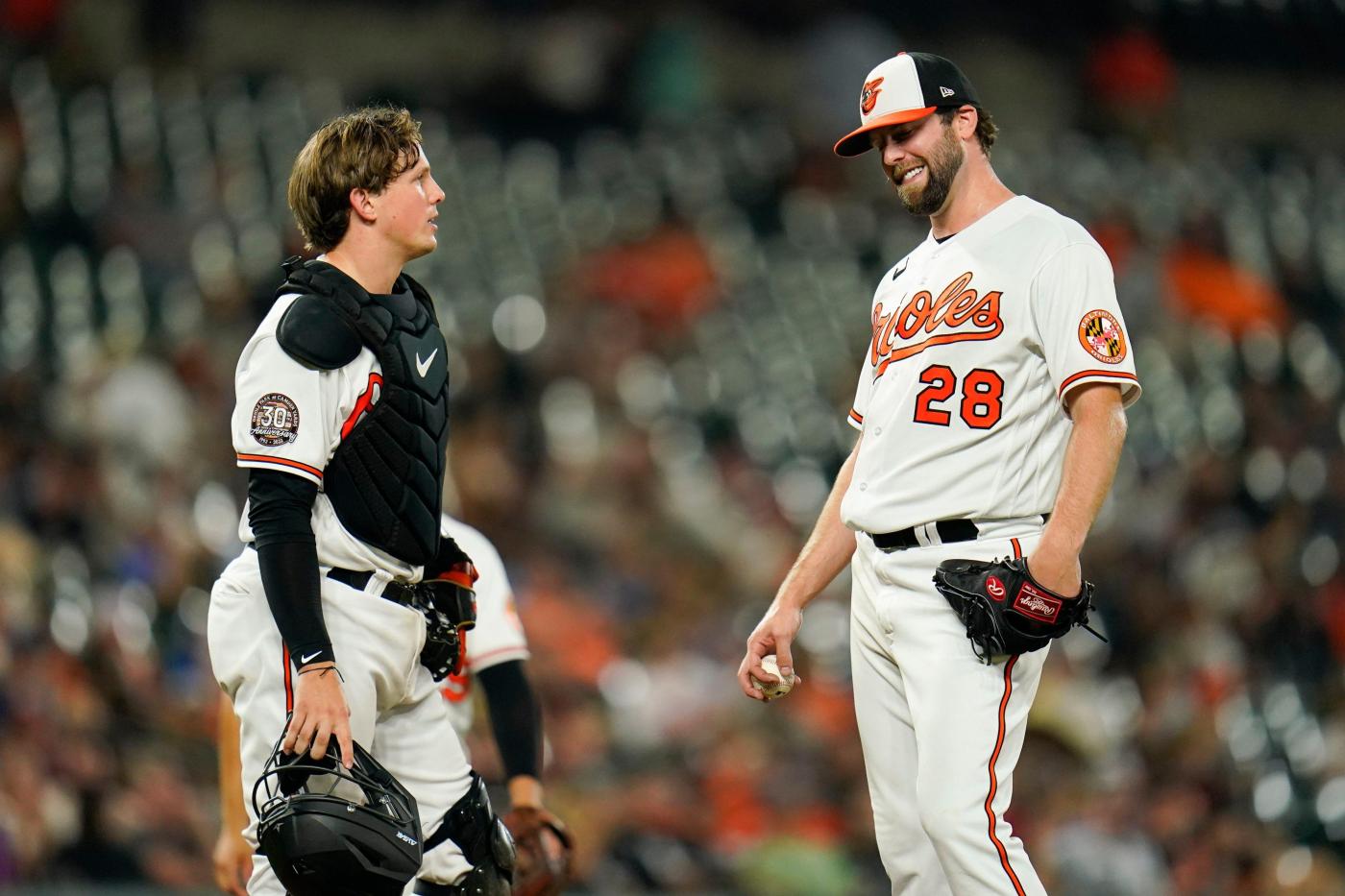 Once Jordan Lyles discovered he wouldn’t start the final game of the season for the Orioles, the veteran right-hander vowed to spend what could be his last day in the Camden Yards home clubhouse the way he spent the previous 161.

Lyles, who finished an inning shy of matching his career high of 180, put aside the impending offseason decision the Orioles front office will make. He focused on what boils down to being a “good teammate,” he said, in the way of being present and supportive. He went around to the young pitchers who had leaned on him all season and told them that just because the season ends, their conversations won’t.

The 32-year-old has been around the major leagues long enough to understand the business. Lyles has played for seven franchises in a variety of states — but most frequently as part of young, rebuilding squads. When Lyles signed with Baltimore last offseason, that was the expectation.

Part of that, at least, was true: The Orioles were young. But unlike other young squads Lyles has been a part of, he was struck by the professionalism of a group of players who hadn’t been professional for long. The way they soaked in his tips. The way they asked questions. The way they competed on the diamond.

It created one of the most enjoyable seasons of Lyles’ career.

In the five days after the World Series concludes, the Orioles’ front office has a decision to make. They could pick up the $11 million team option for an additional year included in Lyles’ contract or exercise the $1 million buyout. Lyles won’t have a say in which way the Orioles choose. But if he did, it would be to remain right here.

“Money aside, I would love to be back in this clubhouse,” Lyles said, noting the benefit of having a clear No. 1 catcher of Adley Rutschman’s prowess. “The starting staff, the young guys who have stepped up this year, they’re enjoyable. They’re good to be around. That’s not easy to say for 180 days’ worth of being around the same people. These guys make it easy.”

There’s a strong case for Lyles’ return to Baltimore. A year after allowing the most home runs in the majors as a member of the Texas Rangers, Lyles joined the Orioles and led the team in innings and wins. He lowered his ERA to 4.42 and finished two strikeouts shy of matching his career high of 146.

Lyles put together one of the best seasons of his career, throwing a career-high 2,988 pitches while eating 179 innings. He carried a starting rotation that mainly featured inexperienced arms, and he earned a T-shirt with his face and the words “Best Dad Ever” on it from the younger pitchers on Father’s Day.

Perhaps the latter is what Lyles will appreciate most.

“I always take pride in being a person that some younger guys can lean on, especially in the starting staff,” Lyles said. “We spent a lot of time together. To make them comfortable is kind of my goal because when they’re comfortable, they’re going to pitch better. It’s going to make their days a lot easier, which translates to pitching better. … But overall, I’m very glad, I’m very fortunate, to be a part of such a growth jump for everyone.”

Right-hander Tyler Wells, who transitioned back to a rotation role after working back from injury in the bullpen last year, was closer to Lyles than just about anyone. Right-handers Dean Kremer and Kyle Bradish navigated stumbles — for Kremer in 2021, Bradish in his rookie year — to become fixtures in the rotation. Right-handers Austin Voth and Spenser Watkins showed flashes of dependability, and prospects DL Hall and Grayson Rodriguez should compete for rotation roles in spring training.

Add in left-hander John Means, who should return from Tommy John elbow reconstruction surgery midway through the 2023 season, and any offseason acquisitions. It creates a crowded rotation — but that’s a good problem to have for a team looking to make the next step.

Still, it raises the question: Where does Lyles fit in that group?

“I think that looking at what Jordan did for us this year, it was more than exactly what we hoped for when we signed him, and he was a tremendous influence on our staff this year,” executive vice president and general manager Mike Elias said. “We’ll take the business aspect of the business as it comes. But in a baseball sense, I want to thank him and congratulate him for 2022.”

The on-field accomplishments set Lyles up for an offseason focused on adding “a tick or two” of extra velocity. Any added oomph on his fastball should help his off-speed pitches, as well. Lyles said his changeup is one of his biggest offseason priorities, figuring out a way to make it more consistent.

Lyles threw the changeup more frequently than he has since 2018, and he adjusted his delivery slightly toward the end of the season to improve a pitch that batters hit .302 against. Some days “it’s average,” Lyles said. “Some days it’s above average, and some days I don’t want to even look at it.”

But for the most part, Lyles won’t make any sweeping overhauls. He likes where his pitch dots are — a measurement labeling each pitch on their horizontal and vertical movement results. The goal is to have as much separation as possible between pitches.

Even if the Orioles decline Lyles’ team option, there’s the chance they could re-sign Lyles on a deal worth less money. The impact he brought to Baltimore might’ve been felt largest in the clubhouse, and it’s there his mind turns when considering his favorite aspects of the 2022 season.

During a 10-game winning streak in July, Lyles recalls walking into a raucous clubhouse each night. He’s not soon to forget the excitement all around as a set of young players experienced their first concentrated spell of winning.

Whether he’ll be back for another go-around is not yet known. But Lyles hopes the memories don’t end here.