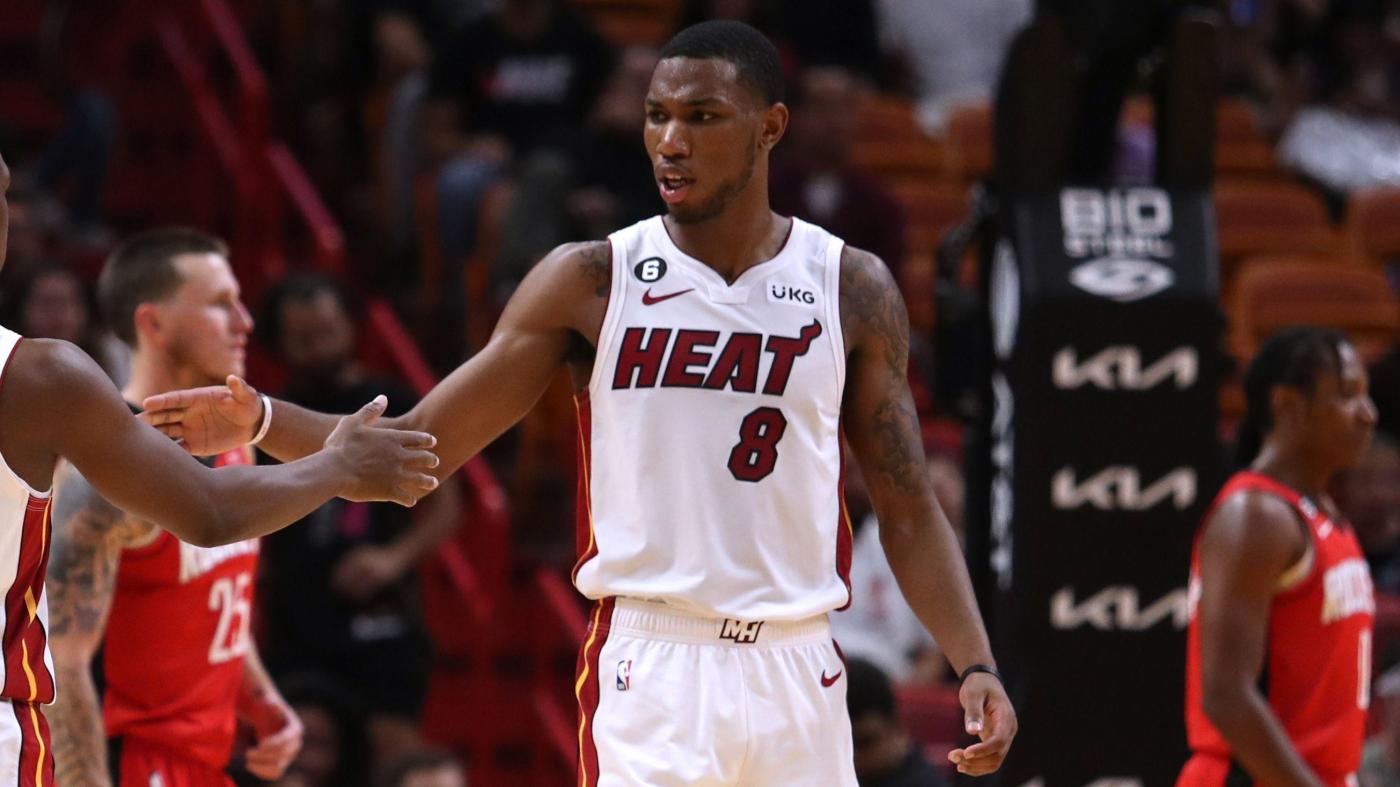 Jamal Cain was ready to get started even before the Miami Heat lost Caleb Martin and Nikola Jovic to Monday night’s suspensions in the wake of Saturday night’s dustup against the Toronto Raptors.

But the undrafted wing out of Oakland University also appreciated the realities of life as a neophyte NBA player on a two-way contract.

So as the Heat went 1-2 in their first three, Cain waited and watched from behind the Heat bench, yet to don a uniform.

“It’s like, ‘We’ll let you know when the time comes,’ ” Cain said of having awaited word from the coaching staff.

With two-way players limited to 50 regular-season appearances, the lack of opening-week action actually was a sign of respect, that the Heat wanted to preserve his 50 appearances for when needed most.

Martin is well aware of the unique status, having started last season on a Heat two-way contract, in a situation similar to Cain’s.

“It’s very frustrating,” Martin said of being a two-way player, commenting before the suspension that prevented him from being at Monday night’s rematch with the Raptors at FTX Arena. “Obviously I’ve been through that before. He showed that he can play and he can contribute. Trust me, I was just in his shoes last year at the beginning of the season, where it gets real frustrating.”

So frustrating that Martin twice at the start of last season was listed as being “Inactive List (G League-Sioux Falls Skyforce).” Except he was nowhere near South Dakota, rather remaining in South Florida, out of uniform, waiting.

“That’s just part of it and understanding the terms of the contract,” Martin said, “and it’s not a thing where they don’t believe in you. It’s strategic. So you never know when that stretch will come for him.”

Martin said a read on the status of the rest of the roster typically can be a tell, these latest suspensions the latest example.

“It’s pretty much game by game,” Martin said of the two-way existence. “They do a good job of trying to give you as much of a heads up as they can, so that you can stay prepared. But you just never know.

“A lot of my stuff relied on when Jimmy [Butler] was playing. If Tyler [Herro] and all those guys are playing. So it’s up in the air. A lot of times in the middle of the season, some guys warm up, they say, ‘no, they aren’t going to play.’ So things change a lot.”

Unlike Martin, who already had been with the Charlotte Hornets for two seasons before signing his two-way deal, Cain remains subject to a rookie initiation.

So while a few of the end-of-the-bench veterans are able to work up a lather before games last week on the practice court, Cain had to await his permission slip from Butler.

But the respect is there, so much so that the Heat wanted to wait to best utilize — and maximize — Cain’s youthful athleticism.

“For sure, it raises the confidence,” Cain said of the Heat not wanting to waste one of his 50 nights on the active roster when he likely would be unable to get into the game for meaningful minutes. “Whenever my name is called, I just want to make sure I’m ready to produce.”

And, if not, he remains poised to impress otherwise.

“I actually got some drip that I want to wear,” he quipped of games when there is no uniform in his locker.

Education in the international political agenda: Latin America towards 2030