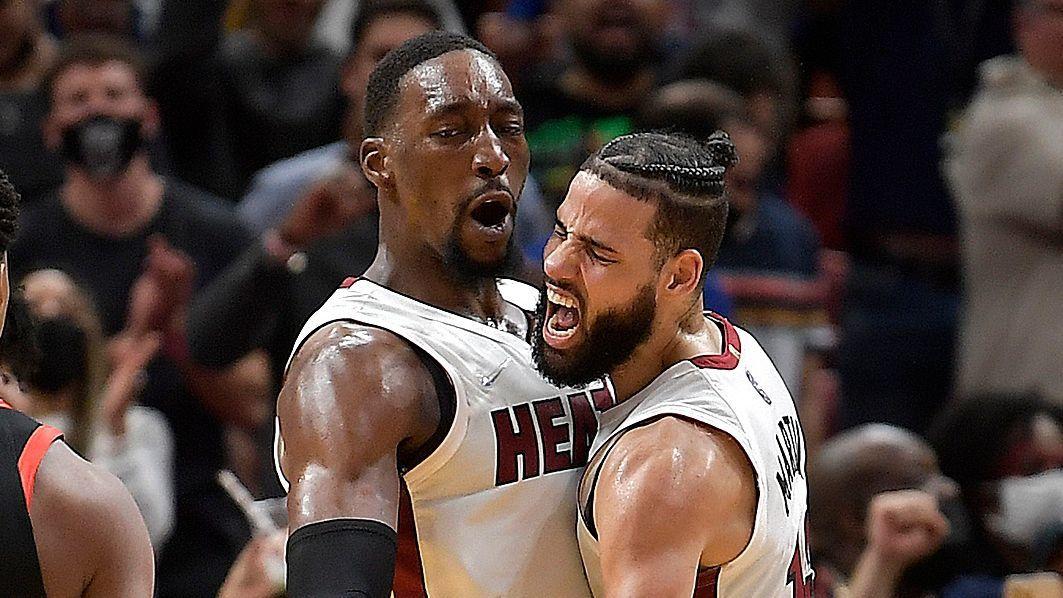 It was the open-ended question at the start of training camp that has produced the same answer 99 percent of the time for one of the team’s players.

And yet it still feels as if there has yet to be absolute closure when it comes to the Miami Heat’s ultimate answer at power forward.

In the wake of P.J. Tucker’s offseason free-agency departure to the Philadelphia 76ers, open competition was expected in the search for Tucker’s replacement in Erik Spoelstra’s starting lineup.

To this point, as the Heat turn their attention to Thursday night’s visit by the Charlotte Hornets to FTX Arena, according to Basketball Reference:

— Caleb Martin, the replacement starter for Tucker, has played 98 percent of his minutes at power forward.

— Haywood Highsmith has played 88 percent of his limited minutes at power forward.

— Duncan Robinson has played 21 percent of his minutes at power forward.

— Max Strus has played 5 percent of his minutes at power forward.

— And Bam Adebayo, Nikola Jovic and Dewayne Dedmon have not played at power forward, with Omer Yurtseven yet to play.

Because of Yurtseven’s season-long absence due to an ankle impingement, the Heat have yet to test the Yurtseven-Adebayo pairing that received an extensive review during training-camp scrimmages in the Bahamas as well as a trial run when the two started together in the preseason opener (Martin started at small forward in that game, with Butler sitting out).

For Adebayo and Dedmon, it has meant adjusting to an assortment of playing styles alongside in the power rotation.

“I mean it’s not me being a different player, it’s more so adjusting to your personnel,” Adebayo told the Sun Sentinel. “I know Caleb is not going to be somebody I’m just going to throw it to in the post. But, also, spacing-wise, Caleb’s a spacer. Haywood is a spacer. So I’ve got room to move around and roam in the paint.

With the Heat solely going small at power forward to this stage, it has meant Adebayo having to play bigger than his 6-foot-9, 255-pound build.

By contrast, Dedmon has shown an inclination to leave the post, at 4 of 10 on 3-pointers this season (Adebayo is 0 for 3, when factoring in clock-beating heaves).

Still, Dedmon knows the reason he enters is to provide a big-muscle presence planted in the paint, knowing his accompanying power forward most likely will be stationed at the 3-point line.

“I mean, it doesn’t require that much adjustment,” Dedmon said of the Heat’s variety of 3-point shooters at power forward. “I mean they’re all great shooters. As a big, you roll, find out when guys can hit you in the pocket, be always available, always open.”

And if there were to be experimentation for Dedmon alongside Yurtseven or Jovic?

“I think my rebounding approach is always the same, just try and be aggressive and grab as many as possible,” he said. “Yeah, nothing changes.”

To Adebayo, the Heat going small at power forward means having to step up bigger on the boards.

To a degree, that has been an uneven ride, averaging 8.1 rebounds, which had him 33rd in the league entering Wednesday’s play.

With Udonis Haslem’s franchise rebounding record his ultimate career target, Adebayo said he hopes to step up more to the challenge, especially with smaller assistance alongside, presences far less physical than Tucker.

“Obviously, I’ve got to get ‘em all,” Adebayo said. “I don’t think there’s a defined difference of who’s on the court and what I’m going to be doing.”

Our discussion was on how to improve athletics – DAILY SPORT