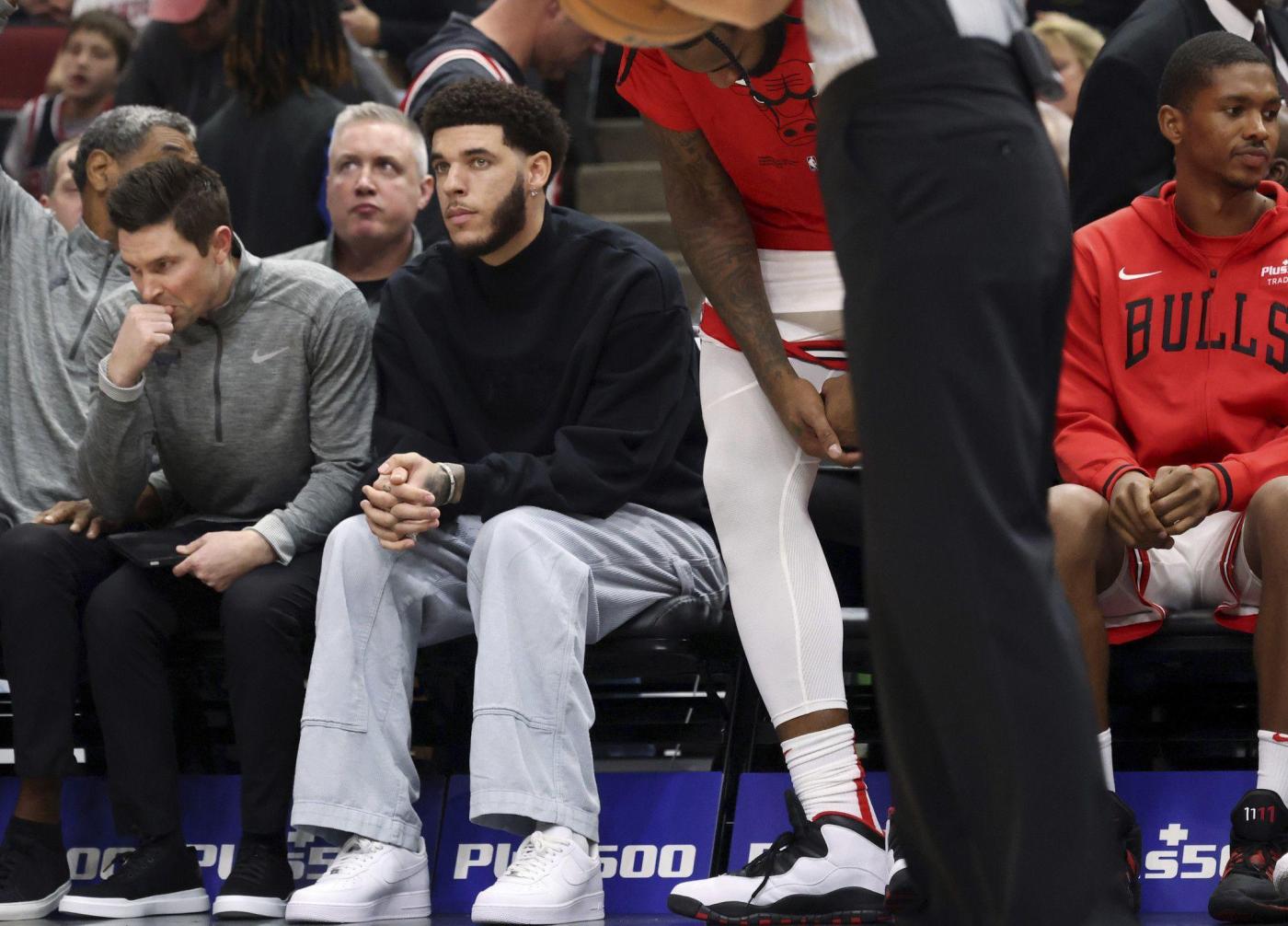 The Chicago Bulls still don’t have an answer on Lonzo Ball.

It has been nearly a year since Ball initially injured his left knee in a Jan. 14 game. But coach Billy Donovan said the Bulls don’t know when — or if — their starting point guard will be available this season.

“It’s been really slow,” Donovan said Wednesday before the team’s game against the Phoenix Suns. “It’s gotten better, but is he clearly without any pain? No, he’s not. He still has pain. We’re seeing the slow, gradual strides getting better, but I just don’t have any timetable of when he could even be back.”

Nine weeks after his second knee procedure, Ball is still unable to run, jump or cut. He has returned to the weight room at the Advocate Center for moderate weightlifting and core exercises, but he hasn’t played basketball or run at full speed since January.

While Donovan said Ball hasn’t experienced any setbacks, he also hasn’t been able to progress to the next stage of recovery.

“The next step is we’ve got to get him into some contact, but we’re not even close to that,” Donovan said.

When Ball suffered the injury, his path back to the court seemed simple. He underwent meniscus surgery on Jan. 28 and planned to return within weeks.

Instead, his recovery was complicated by a bone bruise, which eventually led to the Bulls shutting him down for the season during the last week of the regular season.

The Bulls voiced tentative hope about his progress over the summer, only to announce he would miss the start of the season to undergo an arthroscopic debridement on Sept. 28.

Donovan hinted Wednesday at a state of confusion Ball previously described during the preseason: Despite months of coordination between the team’s medical staff and Ball’s doctors in Los Angeles, the injury remains something of a mystery.

The previous source of Ball’s pain wasn’t visible on MRI scans. He suffered daily pain — including when he attempted to climb the staircase in his Los Angeles home — and couldn’t bend his knee past a 30-degree angle. After two surgeries and close to 11 months of recovery, the medical staff still can’t pinpoint why he continues to experience pain.

“There’s a lot of people that have tried to wrap their head around this in terms of trying to figure it out,” Donovan said.

With the debridement procedure having alleviated some of the pain, Donovan said the Bulls medical staff believes strengthening Ball’s legs and core will help his progress. He added that Ball could begin the next step of recovery while still experiencing discomfort or light pain, but his current state is too acute to receive clearance from the medical staff.

Donovan said the Bulls have not discussed potentially shutting Ball down. He emphasized that Ball is operating under the expectation he will be able to play this season, although Ball’s optimism doesn’t necessarily reflect the reality of his recovery timeline.

“He was in that mindset last year when the injury happened,” Donovan said. “I just think that’s who he is. He has got his mind, his heart, everything set on getting himself back this year. There’s no timetable, but that’s where he’s at mentally.”

When the Bulls signed Ball to a four-year, $85 million contract in 2021, they planned to make him a cornerstone of a young roster alongside franchise star Zach LaVine and veteran DeMar DeRozan. They suffered an immediate drop-off in scoring and defensive rigor after Ball’s injury last season, despite the unexpected rise of then-rookie Ayo Dosunmu as the starting point guard.

Although Ball’s absence leaves a massive hole in the Bulls roster, Donovan emphasized that his primary concern is for Ball himself. Long-term injuries are isolating and draining for athletes, especially if they stretch past a year. Ball spends time around his teammates during practices and shootarounds at home, but he has not traveled with the team this season so he can remain with the Bulls medical staff in Chicago.

While Donovan praised Ball for his continued positivity, he said the duration and confusion of the recovery clearly has weighed on the guard.