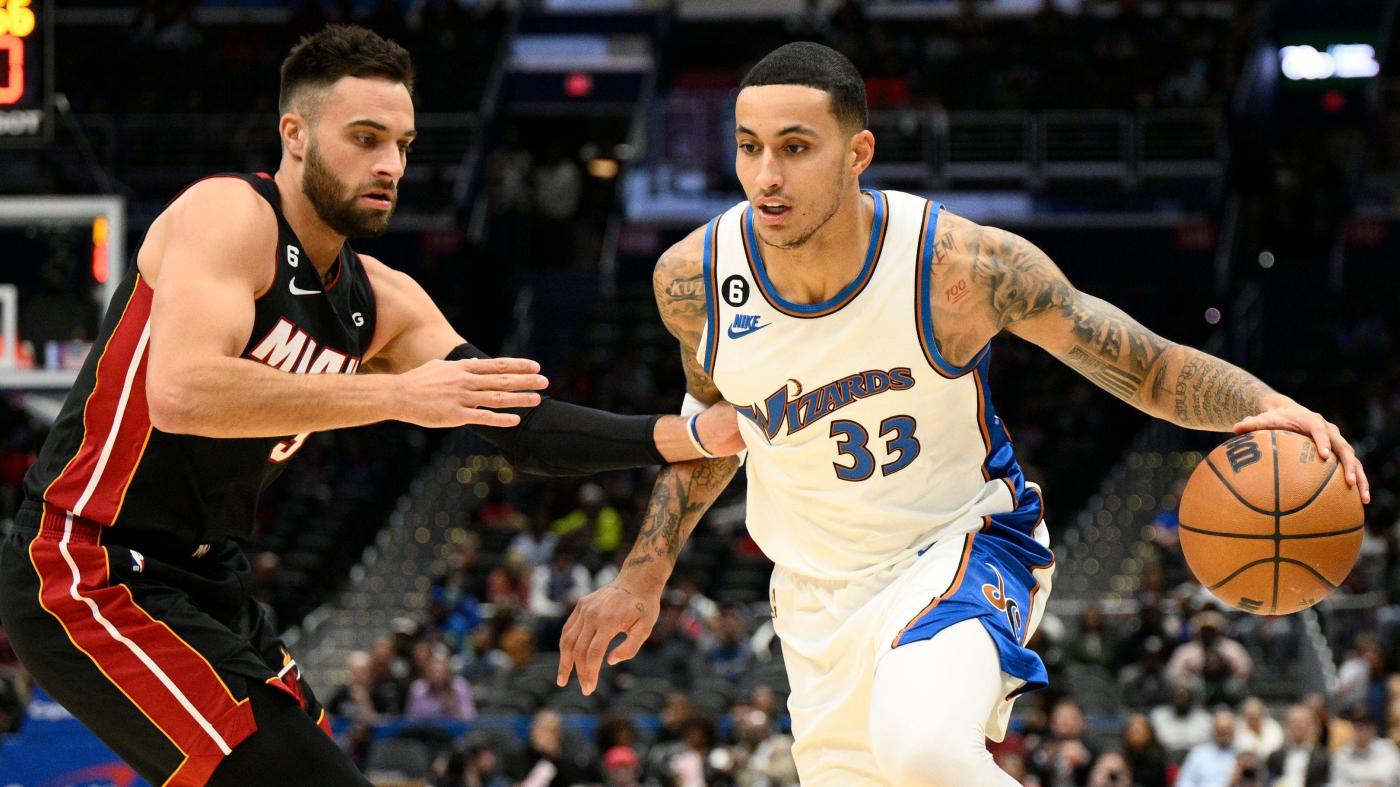 And now for something completely different . . . more of that same. And then more again.

As if the NBA’s scheduling of consecutive games at the same venue against the same opponent hasn’t already altered game preparation, by the time the Heat are finished playing Friday it will have meant three games against the Washington Wizards in an eight-day span.

After the shorthanded Heat lost in overtime Friday to the Wizards at Capital One Arena, the teams now will meet Wednesday and Friday nights on the Heat’s court.

“It’s a little bit unusual now,” coach Erik Spoelstra said. “But we’re used to it now, the last couple of years, with having these kinds of schedules, the home and homes. Sometimes you have that grouping of three times in 10 days. We’ll be very familiar with them by after Thanksgiving.

When the team’s met in Washington, the Heat were decimated to the point of playing Jamal Cain and Orlando Robinson significant minutes, with only seven players available, having to dress sidelined Gabe Vincent just to meet the NBA requirement of at least eight players in uniform.

“Hopefully next time we play them it’ll be a different lineup, so it’ll be a whole different game,” guard Max Strus said, with Bam Adebayo and Dewayne Dedmon already having returned since missing that game in Washington. “You take it, you learn from each game. It’s easier to play teams like that, because you don’t play ‘em now and then in February. You know what they do and you know what guys’ tendencies are. You’re used to playing them. It’s an easy turnaround.”

This will be the third time the Heat have played teams in consecutive games at 601 Biscayne. They split an early-season series with the Toronto Raptors and then swept the Charlotte Hornets. The Heat will have something similar next week, when they play consecutive games against the Boston Celtics at TD Garden.

“I think it’s interesting,” said Vincent, who has missed the past three games with knee swelling, including that previous matchup against the Wizards. “I think the way the schedule has been put this year, it’s very interesting. It’s definitely different. We’ll be a different team. Maybe they will, as well.”

The Wizards insist they will, after being stymied by the Heat’s zone defense on Friday night, to the point of needing a late Kyle Kuzma 3-pointer just to force that game into overtime, a game they won by outscoring the Heat 3-2 in that extra five-minute period.

“It was zone, but it was one of the most awkward zones I’ve played against,” center Kristaps Porzingis said. “They were really locked in top of the key and then paint area around [the free throw line]. You felt like you were so open you didn’t know what to do. That’s how we felt in a lot of those situations.

“They were giving up some early shots, some early twos, and it kind of made it really awkward for us, at least from my perspective. The shots I was getting, those are not the same shots that I’ve [been] getting in these games.”

For the Heat, who got to see authentic Wizards, the goals remain similar as Friday.

“It starts with [Bradley] Beal,” Spoelstra said. “Porzingis has been a terrific fit.”

Beal scored 27 in the teams’ first meeting, with Porzingis closing with 20 points and a season-high 17 rebounds. He is, however, questionable for Wednesday due to a thigh bruise.

“They’ve had a bunch of other guys,” Spoelstra said, “that have really stepped in and filled their roles.”