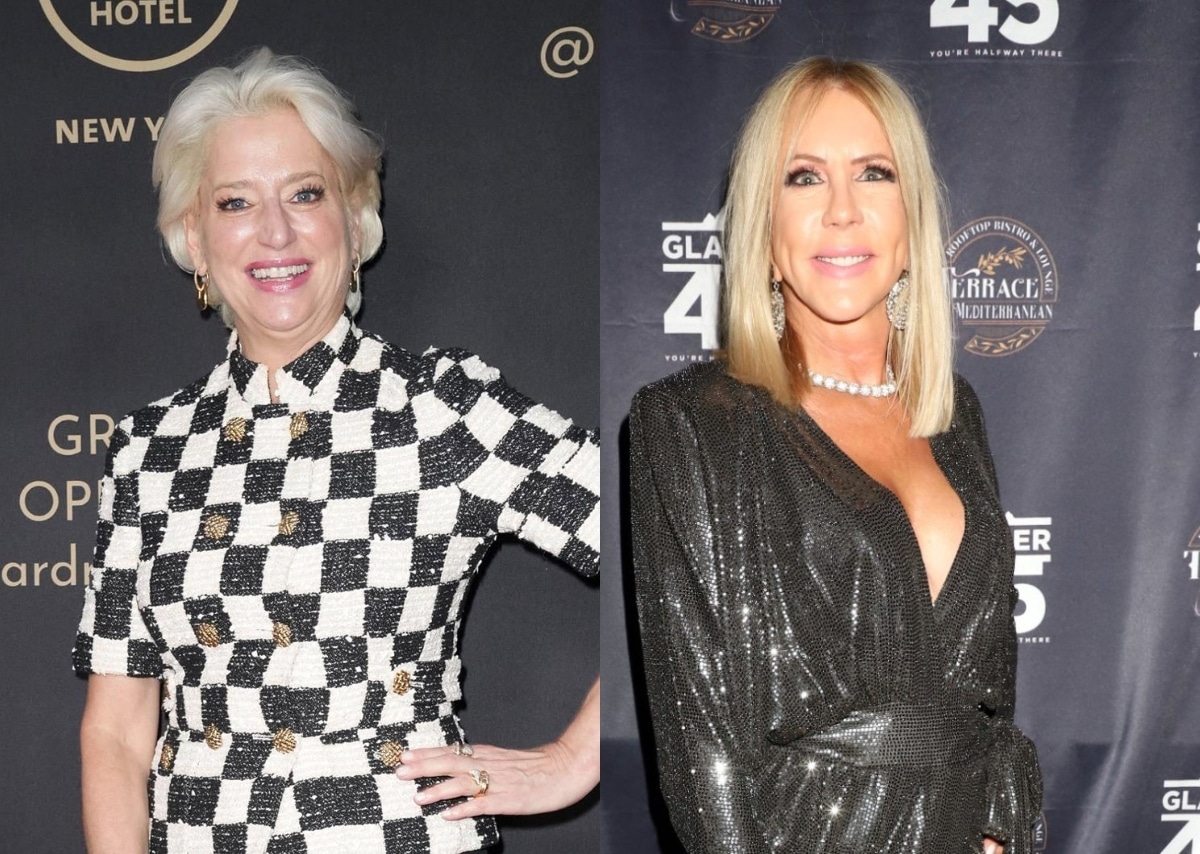 Dorinda Medley called out Vicki Gunvalson, who she will be seen alongside in the second season of Real Housewives: Ultimate Girls Trip later this month, on her Instagram Story on Wednesday night after seeing that the Real Housewives of Orange County alum had dissed her Berkshires mansion, where The Ex-Wives was filmed.

In a series of posts, the former Real Housewives of New York City cast member told her fans and followers Vicki is a “joke” and flaunted an Architectural Digest article about Bluestone Manor after Vicki shaded the property as “old.”

Along with Dorinda’s message, the RHONY alum shared a video of Vicki talking alongside the Real Housewives of Dubai cast.

“What makes Dorinda happy would never make me happy so I think that’s what you’re gonna see, is her living out in this old house in the middle of nowhere. I would be freaking miserable, like what do you do?” Vicki said of the mansion.

“She’s happy there,” Vicki continued. “[But] for me, I need activity. I need the ocean. I need the mountains. I need shopping. I need it all.” 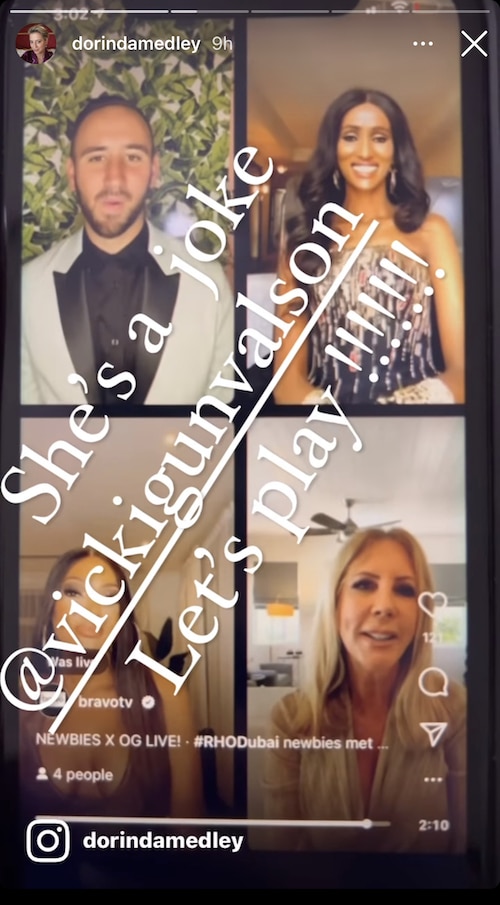 In a second post, which featured a screenshot of an Architectural Digest article, Dorinda told Vicki her home is “iconic” before requesting the former RHOC cast member show off her own property.

“Show me your and I’ll show you mine!” Dorinda taunted. 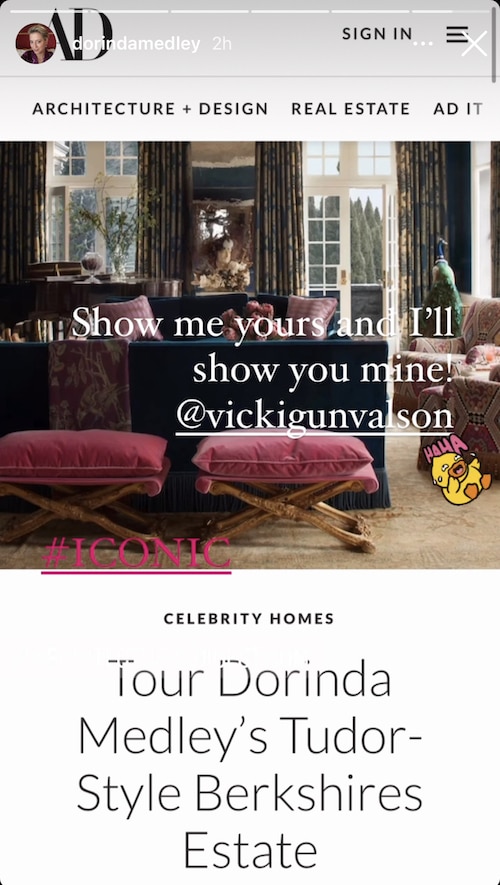 While speaking to Page Six in March, Dorinda admitted that when it came to filming the second season of RHUGT, she and Vicki didn’t exactly see eye-to-eye. In fact, they were involved in a very public debate about the COVID-19 vaccine.

“I just was kind of clear about my views on that. You know I like to be clear on my views. Especially after a couple martinis, I get very clear,” Dorinda said. “For me, it was [about] science. There was nothing emotional about it. There was no red or blue… That was one of the problems and one of the things we discussed.”

Continuing on about Vicki’s antics, Dorinda noted, “You can’t be flip about it. … [I had to] just jump and believe in science — not all the noise.” 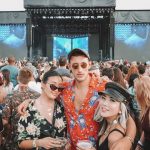 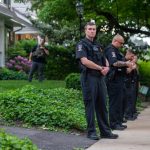