Driving under the influence (DUI) is a serious offense in California. Even a first offense can result in probation for three or more years, fines up to $1,000, or even six months in jail. A conviction on your record can make it difficult to find jobs that require a clean driving record, among other costly consequences. It is important to avoid a conviction whenever possible with help from a criminal defense lawyer experienced handling DUI cases.

The following are only some options for defenses against DUI charges. Allow an experienced attorney to assess your specific case.

Violations of Your Constitutional Rights

Police officers cannot simply pull over any driver they want just to check whether or not they are intoxicated. This is because the Fourth Amendment to the United States Constitution protects you from unreasonable search and seizure. The law requires that officers have a reasonable suspicion that a driver violated the law in order to stop them. It can be a minor violation – such as not using a blinker – but there must be a violation noted for a traffic stop. Once stopped, if the officer has probable cause to believe the driver is under the influence, they can arrest them.

Many traffic stops are not based on any reasonable suspicion and are, therefore, unlawful and a violation of your constitutional rights. For example, police officers might pull cars over after they leave the parking lot of a bar or entertainment district, assuming the driver is intoxicated. However, if there is no reasonable suspicion for the stop, your lawyer can use this as part of your defense.

Anything that stems from an illegal stop should be suppressed from court, including evidence of DUI. Your lawyer can file a motion to have your case dismissed based on an unlawful stop and constitutional violation.

There is a common misconception that the results of field sobriety or breathalyzer testing are black and white; either they say you were drunk or not. This is far from the truth, and there are ways that an experienced attorney can challenge both.

Field sobriety testing is testing that occurs during a traffic stop. Typically, the test consists of three parts:

Importantly, these tests are not designed to determine whether you are drunk, but to assist the arresting officer in obtaining evidence that supports his or her assertion that you are intoxicated. As a result, if an officer asks you to perform field sobriety testing, you should likely refuse, as the chances are that you are going to be arrested either way.

In addition, if the police officer who administered your test was not properly trained, it may be possible to have the results suppressed.

If you have been arrested on suspicion of drunk driving, you should contact a criminal defense attorney as soon as you can. At DeLimon Law, we are dedicated to representing the rights of people who stand accused of crimes and will work hard to bring your case to the best resolution possible. Contact us or call our office today to schedule a free case evaluation with a criminal defense attorney in Riverside.

Daniel DeLimon is a criminal defense attorney in California serving Riverside and San Bernardino, California residents and nearby areas. A former prosecutor with over 17 years of experience and widely respected by the legal community and served as a homicide attorney in one of the nation´s largest district attorney´s offices. 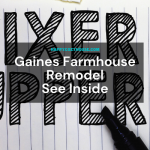 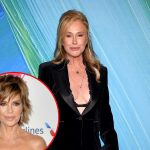 Kathy Hilton on Status With Lisa Rinna, Her RHOBH Return

Child Custody and Visitation Rights During a Divorce

The Right to Choose a Defense Attorney in Litigation