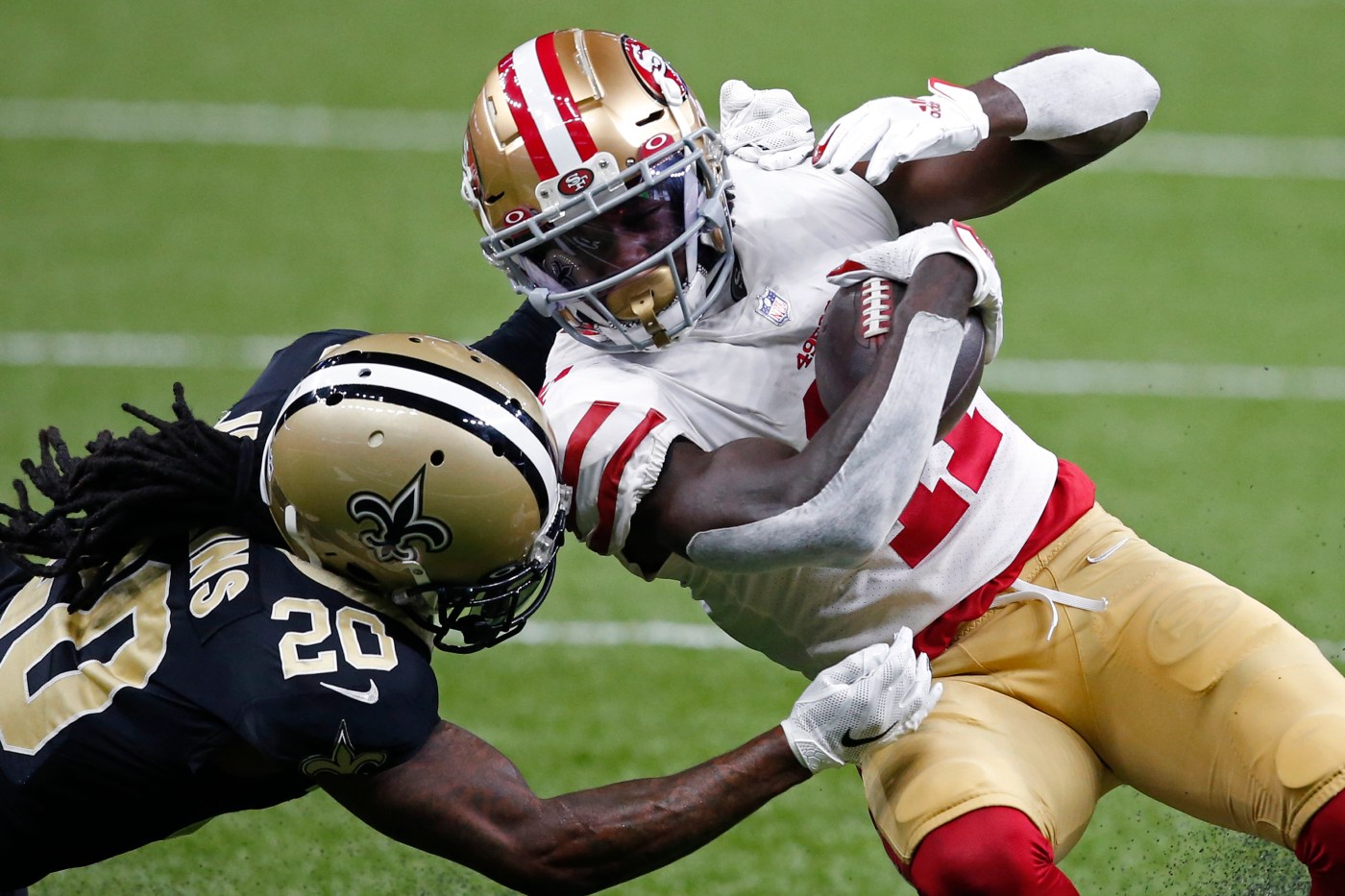 SANTA CLARA — What attracted veteran cornerback Jackrabbit Jenkins to the 49ers? “Well, they have a nice defense, to be honest,” Jenkins said Wednesday as he settled into his new locker, a day after joining their practice squad.

Jenkins, who prefers going by his college nickname, rather than his given name of “Janoris,” said he made some calls around the league to ask about the 49ers’ reputation, and the feedback he got was players “love it” here.

“They were calling me for a minute, but it was just on me, like ‘I’m not ready, and I’ll let you know when I am,’ ” Jenkins said.

Forgive him for not paying too much attention to their 7-4 start, their four-game win streak, or their depth chart that’s seen Emmanuel Moseley and Jason Verrett exit with season-ending injuries.

Jenkins, 34, had been rehabilitating from arthroscopic ankle surgery and training in Atlanta before the 49ers finally closed the courtship for him.

“I’ll tell you the truth, I haven’t been watching football. I wasn’t focused on football,” Jenkins said. “I had (arthroscopic ankle) surgery so I was rehabbing to get that right.”

Jenkins, a 10-year veteran, was released in March by the Titans, for whom he made an end-zone interception in the first quarter of their 20-17 win over the 49ers last December. “It was a big game for us at Tennessee at the time. I just made a play,” Jenkins said.

Whether he can rush into their defense Sunday against the Dolphins is up to the coaching staff, he said.

“(The Dolphins) have some fast guys. They’re not as big, but they keep them off the ball so they can get out of their cuts,” Jenkins said. “None will get deeper than me.”

Will he play Sunday? “Whatever they do with me, I don’t know,” Jenkins added. “I’ll just work to get better every day.”

Jenkins attended Pahokee (Florida) High School — the same alma mater of ex-49er Anquan Boldin — before playing collegiately at North Alabama and Florida. After four seasons with the St. Louis Rams, he joined the New York Giants in 2016 and promptly earned All-Pro and Pro Bowl honors. The Giants cut him late in 2019 after he had an offensive Twitter exchange with a fan. He finished that season and 2020 with the Saints before joining the Titans.

As for his first impressions of being with the 49ers, he said: “It’s a good vibe. Everybody is just minding their own business, doing what they have to do, making sure they’re on time.”