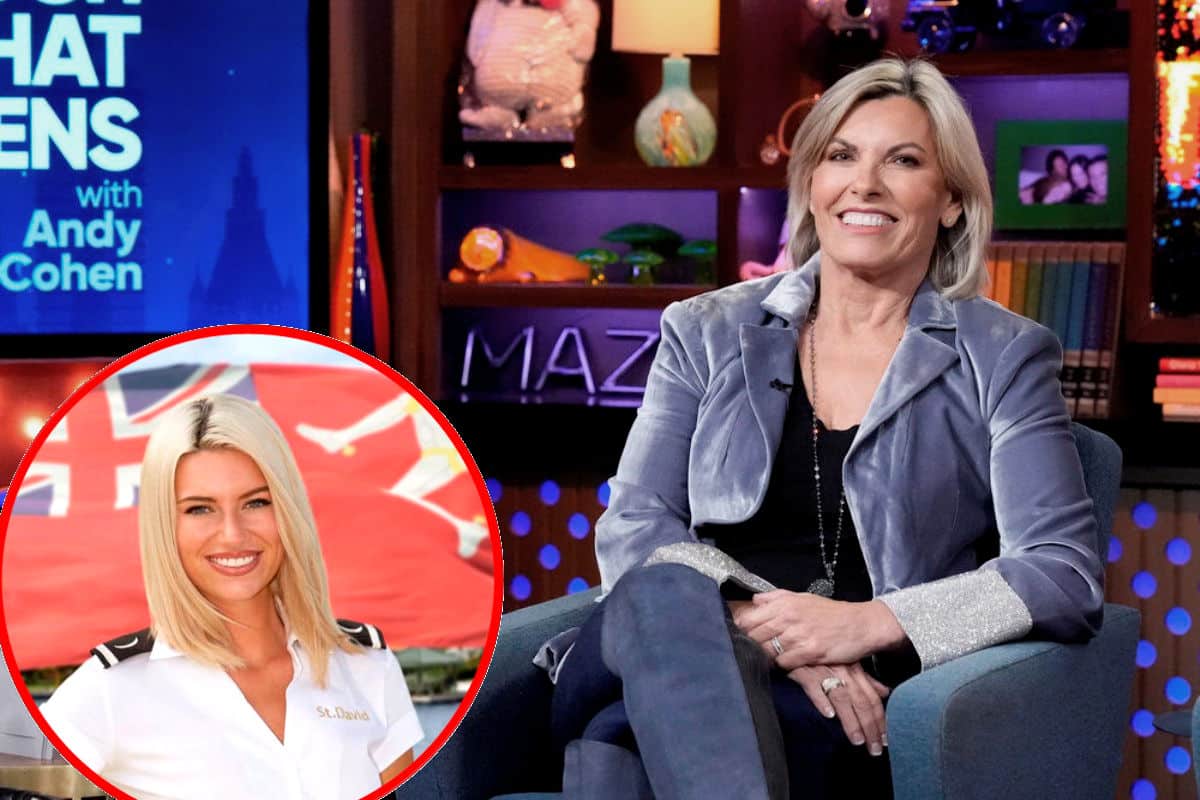 Captain Sandy Yawn has had a lot to deal with in this season of Below Deck after temporarily stepping in for Captain Lee Rosbach as he recovered from health issues. However, she has no regrets about any of her decisions. Especially choosing to fire stew, Camille Lamb.

“I stand by it,” Captain Sandy recently told E! News. “First and foremost, I don’t fire people unless I have the facts, and secondly, I don’t fire people out of favoritism or non-favoritism. I fire people because if they’re the one singular thing where everything else is evolving around them, that’s the problem I have to eliminate.”

“Sometimes people just walk through life and think what they’re doing is OK just because they’ve never been properly taught,” Sandy said. “I was that person until someone showed me, but I had to be willing to listen and to remain teachable.”

Still, Captain Sandy said that her decision to fire Camille was a “last resort” and “firing people is never fun.”

“Remember I stepped on Captain Lee’s boat—the last thing I want to do is start firing his crew,” she stated.

As for where the two stand today, Sandy revealed that she had a “maritime fundraiser” recently and Camille, as well as other Below Deck stars, showed up to show their support. However, Sandy was quick to maintain that she and Camille are “not buddies.”

“I’m not friends with Camille, we’re not buddies. She showed up, I love the support, and it’s like another colleague in the industry. So good terms? I don’t look at good terms. I have to say I’m very neutral when it comes to the crew,” she explained.

Camille is not the only crewmember to have a showdown with Captain Sandy this season. In the newly dropped midseason trailer for the show, chief stew, Fraser Olender, is seen getting into a heated spat with the Below Deck Mediterranean captain.

According to Captain Sandy, what viewers see in the trailer is a result of Fraser “joining in the gossip” on the boat. A move Sandy calls cancerous.

“When you lead a team, you have to shut it down. It becomes the cancer of the boat. It starts permeating the boat, and it takes the morale down, and if you’re not happy with your captain, well, that’s something you need to work through,” she explained.

Still, Captain Sandy says that Fraser is a good chief stew, but that he’s still learning, adding that he’s a people-pleaser who’s “doing his very best.”

“Fraser wants to do a good job, he wants to be perfect, he wants to please everyone,” Sandy told E!. “He’s doing his very best. Again, this is his first season as Chief Stew ever in his life. He’s figuring it out. I don’t take it personal, but what I had to do was shut it down. You will never gain the respect of your peers if there’s no fine line. People need to be led.”

Below Deck airs Monday nights at 8 p.m. EST on Bravo.

RHOC’s Briana Culberson on Why She Quit Keto, Son’s Health

Paige DeSorbo on What Gave Her the “Ick” With Craig Conover

[ad_1] Credit: Steven Bergman/AFF-USA.COM / MEGA Paige DeSorbo shared why her boyfriend, Craig Conover, gave her an “ick” at the beginning of their romance.…

[ad_1] Credit: [email protected] / MEGA Lisa Barlow is setting the record straight in regard to her current employment with Bravo. Amid rumors regarding who…

[ad_1] Credit: Vince Flores/startraksphoto Savannah Chrisley opened up about a suicide attempt on a recent episode of her podcast. While discussing fame with the…

Melissa Gorga on Why She & Joe Took Away Antonia’s Porsche

[ad_1] Credit: JENNIFER GRAYLOCK/INSTARimages Melissa Gorga and her husband, Joe Gorga, gifted their daughter Antonia Gorga with a Porsche Macan for her 17th birthday in…

[ad_1] Credit: Eugene Powers / Shutterstock, MEGA Randall Emmett is speaking out after his ex-wife Ambyr Childers‘ second restraining order against him was dismissed.…