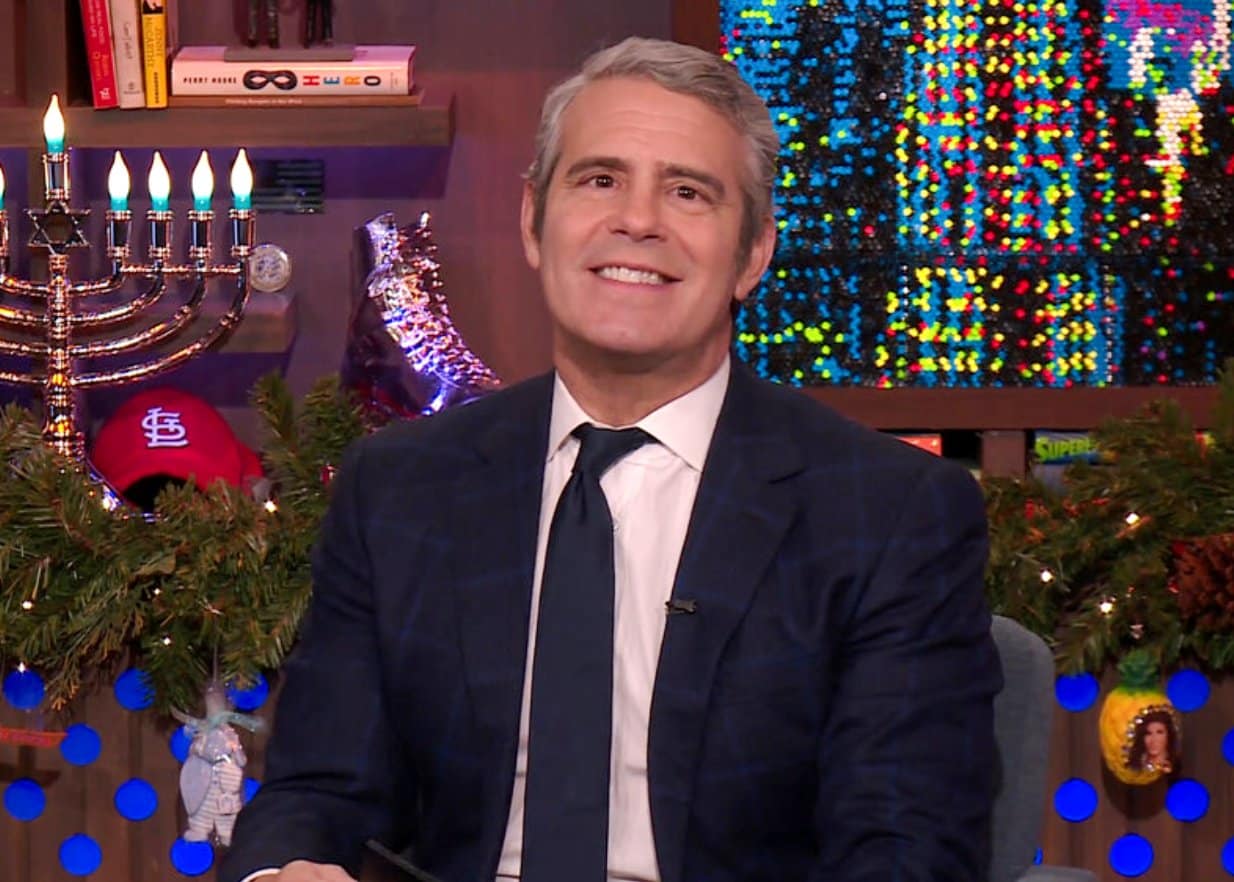 Andy Cohen is reacting to the Real Housewives‘ claims and denials of contacting him with complaints.

“I can’t remember but some of them I was like, ‘Are you f-cking kidding me that you are now saying you’ve never complained to me?’” Andy recalled during a November 27 interview with Us Weekly. “But it was mainly, it was 80 percent true, maybe even a higher percent true.”

Following the women’s comments to Us Weekly, which included RHOC‘s Shannon Beador admitting to calling Andy “one time” and Vicki Gunvalson saying she called him “every season,” Andy refused to say which Housewives star reached out the most. Instead, he said he most often hears from the ladies about his late-night talk show, Watch What Happens Live.

“It depends what’s going on but they don’t typically call me to complain anymore. Sometimes if something is said on [WWHL], they will [reach out],” he revealed.

The outlet then wanted to know if he’d be covering Lizzy Savetsky‘s controversial exit from The Real Housewives of New York City, which came after she was targeted with antisemitic rhetoric and threats, on season 14.

“We’re not,” he confirmed, going on to spotlight the cruel messages often spewed on social media.

“I obviously don’t condone anti-Semitism in any form. It seems ridiculous to even have to say that in this day and age but we do and we have to say it really loudly. I tweeted something about anti-Semitism a few weeks ago and the responses I got were enough to alarm me, I have to say,” he shared. “So I don’t think social media is helping to bring people together.”

As for RHONY: Legacy, Andy admitted it’s hard to think of the show without Ramona Singer, who announced her departure from the franchise earlier this month.

“I’m so excited about the plan for RHONY that the fact that we’re getting an all-new RHONY and then a cast with our old faves, sure, of course it is,” he stated.

Also during the interview, Andy confirmed he reached out to Bethenny Frankel in regard to Legacy.

“When we announced Legacy at the beginning I said, ‘Look, we’re doing this,’” he recalled.

Bethenny Frankel is insisting there’s “no conflict” between her and Andy Cohen despite comments he recently made in regard to her new podcast, ReWives. After the…

Credit: Charlie Steffens/startraksphoto.com/Cover Images Lala Kent hopes her daughter, one-year-old Ocean, won’t end up with a man like her dad, Randall Emmett. Before opening up…

Credit: ROGER WONG/INSTARimages, Instagram/MelissaGorga Teresa Giudice may be in the midst of a public feud with her brother, Joe Gorga, and his wife, Melissa…

Meghan Markle On Why She Won’t Watch Housewives, Join RHOBH?

Could the Duchess of Sussex, Meghan Markle, have ended up being on The Real Housewives of Beverly Hills? Bravo boss, Andy Cohen, recently had…

Credit: Michael Simon/startraksphoto Melissa Gorga‘s mom, Donna Marco, and sister, Lysa Simpson, have weighed in on the ongoing saga in regard to whether or…

Credit: Shutterstock/Kathy Hutchins After being convicted of tax fraud, Todd and Julie Chrisley were sentenced to a total of 19 years in prison. Todd…

Melissa Gorga on Joe Being Accused of Losing Parents Home

Melissa Gorga is speaking out against claims suggesting her husband, Joe Gorga, lost his parents’ home. After coming across a recent report on Instagram,…