When India gained independence in 1947, the western world had largely written us off. The large population, meagre resources and global dependence even for basic food items like wheat and rice was considered a liability. However, as we are celebrating the Platinum Jubilee of our independence, India has transformed into a formidable global power.

Our country is not only the largest democracy in the world, but also among the fastest growing economies globally. This is due to a number of factors, including India becoming the largest producer of Milk (White Revolution), achieving surplus in food grains (Green Revolution), becoming a leading IT services provider globally, increasing adoption of technology (Digital India), creating more than 125 unicorns with value exceeding $330bn, being a leading player in the satellite and space program, clean energy and not to forgot, the peaceful nuclear status of the country.

A robust foreign policy has also enabled India to maintain to friendly relations with several countries across the world. Signing of Free Trade Agreements, development assistance, lines of credit and trade concessions are a few examples of what constitutes India’s foreign policy, making it eligible for a permanent seat at the UN security council in the coming years.

So whether it is social, political or financial arena, India has made progress in all spheres. And such well-rounded, multi-directional progress only means one thing – the next few decades belong to India.

Let me validate my belief with the help of a few statistics. These will not only showcase India’s progress, but also project its future potential.

If we look closer, it is seen that  before liberalisation, the Indian economy was growing at the Hindu rate of growth (GDP growth 3.5% from 1950-1980, per capita income growth of 1.3%). But the reforms push post 1991 (led by Forex crisis) resulted in the end of License Raj and promotion of a market-driven economy. This has taken the GDP growth to ~2x of the Hindu rate of growth. And now, the Indian economy is all set to grow multi-fold and cross the $10 trillion mark by FY 2036.

Meanwhile, between FY 1963 to FY 2022, the Per capita Income (PCI) has grown by 400x from Rs 442 to Rs. 172,913. Infrastructural development, growth in private sector, better education and employment opportunities are some of the key factors that have contributed to the rise in income. And with the PCI projected to grow to Rs 1 million (Rs 10 lakh) by FY 2050, the road ahead looks promising as well. A turning point for the Indian stock markets was the listing of MNC companies (FERA regulations) and the IPO of Reliance Industries in 1977. The company’s patriarch, Dhirubhai Ambani, successfully attracted retail investors to the equity markets and the subsequent wealth creation attracted hordes of investors to the stock markets.

Up until the early 90s, one had to physically be present in the stock markets to place a bid in the ‘ring’ and then store the physical share certificates. It was cumbersome and lacked transparency. But introduction of screen based trading and Demat Account in 1996 reduced the risks of theft, damage, and malpractices in the stock market. Today, you can buy and sell shares digitally, with just a few taps on your device. 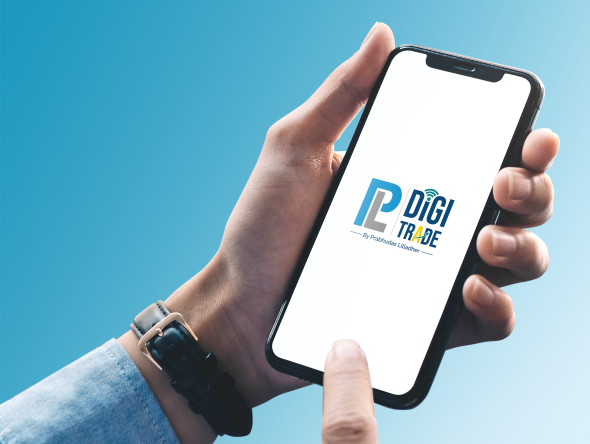 Besides the way we invest, what has also changed is the investment options. We can now invest in equity, insurance, bonds, mutual funds, commodity, derivatives and premium offerings like Alternative Investment Funds (AIF) and Portfolio Management Services (PMS)!

Data for the past 19 years shows that India’s market cap has grown by over 15x, reaching $3 trillion (as on June 2022). The mutual fund industry has also seen growing participation from households. It grew from 48 million folios in FY 2015 to 129 million in FY 2022, driven almost entirely by individual investors (retail and HNIs). The number of SIP accounts has grown from 31 million in 2020 to 52 million in FY 2022.

What fuelled this growth is financial inclusion, improved access to banking channels, digital transactions and SIP route. Industry bodies, like Association of Mutual Funds of India, also launched the famous ‘Mutual Funds Sahi Hai’ campaign, which positioned it as a safe and rewarding investment option. 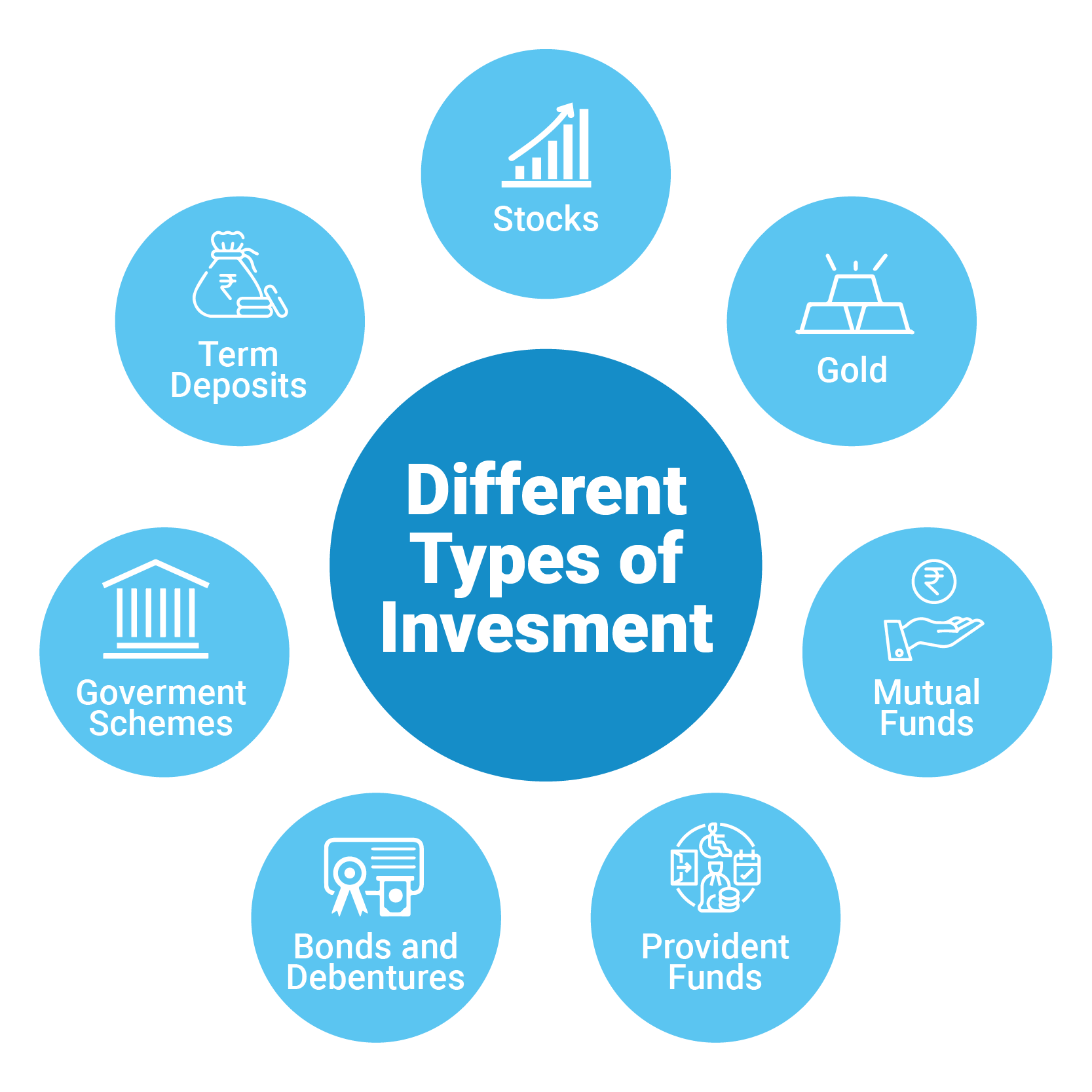 The strong growth in equity markets led to an improvement in India’s Market to GDP ratio, from 0.46 in Calendar Year (CY) 2003 to 1.09 in CY 2021. While most markets are between 1-1.3x/ GDP, the US market has this ratio at 2.34 due to massive tech ecosystem and global play in most large companies based out of the US. Here, we believe that India has a huge runway to grow, given the sustained development path and unicorns. Also, creation of glocal tech giants can take this ratio much higher in future. 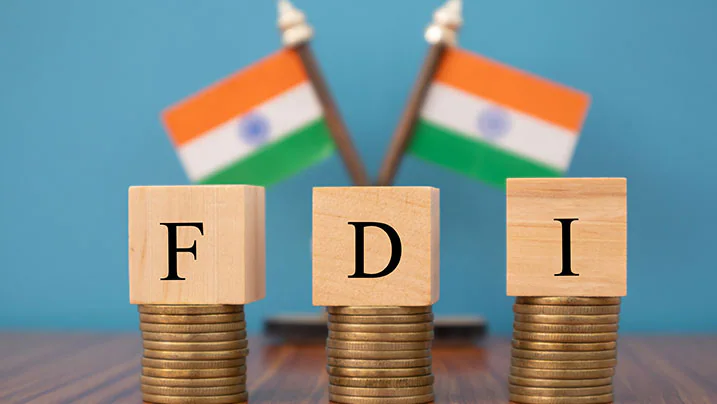 While FDI (Foreign Direct Investment) was always welcome, FII (Foreign Institutional Investors) inflows were perceived as hot money with significant volatility risks to stock and currency markets. But post the 1991 reforms, India started seeking more foreign capital to shore up its finances and push for growth.

In the last seven years, FDI inflows have doubled, mainly led by the China+1 global strategy. This resulted in India emerging as a sourcing hub for several products. Other reasons include focus on domestic manufacturing and exports under Atmanirbhar Bharat, and development of a robust startup ecosystem.

FII inflows in India also grew at a CAGR of 15% to $37.3 billion in FY 2021. This is because the Indian market offers a vast array of domestic and MNC companies across sectors. It is also a play on the 1.2 billion strong population and a fast-emerging middle class, with among the best growth opportunities globally.

Despite FII outflows of $32 billion in the last 12 months, India is still the second best performing market globally. The resilience during heavy outflow signifies that depth, and we will see increased inflows once the global headwinds subside.

FDI and FII inflows over the period India is the 6th largest economy globally, with a GDP of $3,17 trillion in 2021. By 2027, India could become the 3rd largest economy, surpassing Japan, Germany and the UK, behind the US and China only. And by 2050, the size of the Indian economy is projected to be at an impressive $23,766 billion, 8x the current size.

This growth will be aided by strong infrastructure push, advent of 5G, renewed focus on the China+1 strategy and global supply-chain realignment.

India has already rolled out the red carpet for companies to manufacture in India. Production Linked Incentive (PLI) schemes have been announced for over 15 sectors so far, which provides incentives on the sales from products manufactured in India. This will increase the contribution of these sectors to the GDP, and also boost exports. India is currently going through a golden age in its demography, a ‘once in several centuries’ kind of an event. We have the youngest population among all the major economies globally. Around 45% of India’s population is in the age group of 20-49, and it will remain above 40% till 2050. Bigger pool of working age population means higher disposable income, which spurs consumption, production, investment and eventually accelerates economic growth.

Also, economic evolution of countries like the US, Japan and China suggests that the GDP growth acceleration is inversely proportional to median age of population. While the median age of population for India is 28.4 years, the same for other major economies is far higher (Japan 48.4, Germany 45.7, France 42.3, UK 40.5, China 38.4, USA 38.1). India’s median age of population will reach current levels of the US and China, only by 2050. This provides a significant tailwind to India’s growth. It also puts India in a unique position, which neither multinationals, nor global investors can afford to ignore in the medium term. From economic reforms like GST, PLI and Insolvency and Bankruptcy code to social reforms like electricity connections for all households (Saubhagya), free LPG connections (Ujjwala) and tap water (Har Ghar Jal) – India has been making strides in all aspects.

We believe that a blend of these economic and social reforms will improve the earnings, transparency and quality of life of citizens. In turn, this will improve India’s local consumption and global competitiveness.

Note that while the Indian civilization has been around for ages, the country is just 75 years young. And as India embarks on a multi-decadal growth path, it will regain the status of the “Sone ki Chidia” (Golden Sparrow), as it used to be called in the ancient times.

[ad_1]   Amid rising health uncertainties, having adequate health cover has become a must for every individual. Since the outbreak of Covid19 pandemic, health…

Importance of Insurance in Financial Planning

Points to keep in mind while renewing Mediclaim policy

[ad_1] We all understand the need of renewing our club memberships, TV cards, credit cards, and phone numbers in order to maintain ongoing service.…

[ad_1] As yields rise, a large number of asset management companies have launched fixed maturity plans (FMPs) to take advantage of better returns for investors even as…